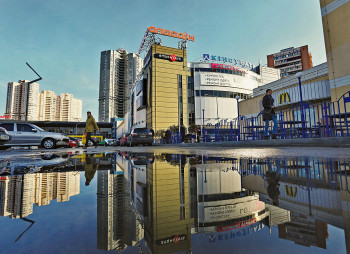 Kyivpost
While Dragon Capital was the only real estate investor in real estate in Ukraine three years ago, now 20 private and institutional investors are looking at the sector

Dragon Capital and its partners have invested $400 million into real estate in Ukraine.

Many of the properties the firm acquired in the past were highly undervalued or overleveraged following Ukraine’s financial crisis of 2008 and the EuroMaidan Revolution, which ousted Kremlin-backed President Viktor Yanukovych. Now, as the economy inches back to pre-crisis levels, Dragon Capital says that rents are rising, retail is expanding and office vacancies are extremely low.

“Real estate is a very procyclical sector of the economy” Volodymyr Tymochko, Dragon Capital director of private equity and real estate specialist, told the Kyiv Post in a recent interview. “It directly correlates to macroeconomic conditions.”

Tymochko describes Dragon Capital as an opportunistic investor that is betting on Ukraine’s continued economic recovery. He said while Dragon Capital was the only real estate investor in real estate here three years ago, now 20 private and institutional investors are looking at the sector.

“We will not come across such attractive opportunities as we did in 2015 and 2016,” said Tymochko. “In 2016, properties could be expected to yield about 15 percent, and now the yields are about 12 to 13 percent.” He expects the trend to continue, saying that this is a good sign for the Ukrainian economy.

Real estate is still at the bottom of a trough, and has a lot of room to grow in value, according to Tymochko. While he acknowledged the uncertainty of the 2019 presidential and parliamentary elections, he described such worries as overhyped. 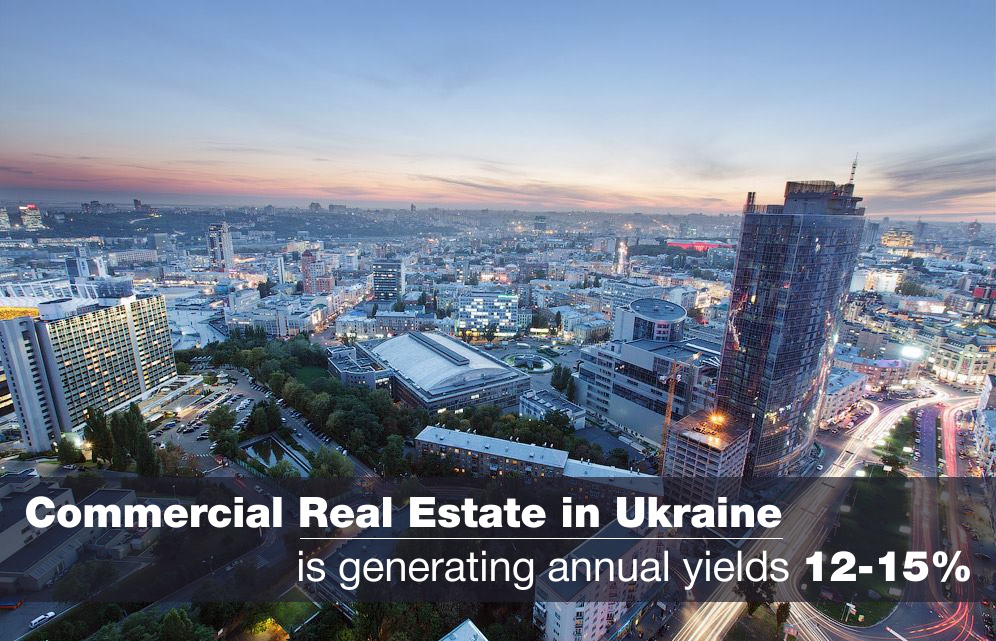 Dragon Capital is focused on Kyiv, but it’s also looking at regional cities growing in population. Tymochko said that there is currently a deficit of office space, thanks in part to the labor-intensive information technology sector, which has seen over 20 percent annual growth. IT comprised 45 percent of the office space uptake in the past few years.

Kyiv’s retail market vacancy rates are on the higher and compared to other major European cities, while its rent prices are on the cheaper end.

“The vacancy was 25 percent,” three years ago, said Tymochko. “Now, it seems that investing was the right decision in retrospect — vacancy is now just about 2 percent, which really means it’s 0 percent.” He added that prime rents, which once hit a peak of $75 per square meter in 2008 are now closer to $25 per square meter, and are expected to rise.

With this in mind, Dragon Capital acquired Horizon Park Business Center in Kyiv from Ukrsotsbank in October 2018. Horizon comprises almost 70,000 square meters across two grade-A buildings and a grade-B office property. It is the largest office park in Kyiv and the largest property in Dragon Capital’s office portfolio.

Tymochko said that there is a deficit of office properties in regional cities as well. Last summer, the firm made two acquisitions, including a mixed office and retail property known as Sky Park in Vinnytsia, a city of 370,000 people located 200 kilometers southwest of Kyiv, and the Eco Tower business center in the heart of Zaporizhia, a city of nearly 750,000 people located 445 kilometers southeast of Kyiv.

The director said that it’s difficult to get bank financing for property acquisitions. Banks are still terrified of a rent collapse, which happened after the 2008 bubble, even though the situation is nothing like that today, according to Tymochko.

He added that the banks are also cautious about currency risk and are only willing to provide financing in the case of 20 percent returns — something almost completely unheard-of.

Growing disposable incomes mean more retail activity, both online and in brick and mortar stores. As popular as online shopping is, many shoppers still want to hang out in a mall with a convenient location and a good food court, said Tymochko. Dragon Capital has four shopping centers in its portfolio, with a total area of about 160,000 square meters.

On March 6, the firm announced that it had acquired the 16,466 square meter Aladdin shopping mall from Meyer Bergman for an undisclosed price. The mall adds to its Kyiv retail portfolio, which already includes the Piramida shopping mall, acquired from U.S. and U.K. investors in 2016. Aladdin and Piramida are close together, near the Pozniaky metro station. Dragon Capital cited their location as a key factor in its purchase decision.

“This part of our portfolio (retail) is the best performing in terms of growth,” said Tymochko. “The growth of disposable income outpaces the growth of economic activity.” He added that footfall in malls had recovered to pre-crisis levels and consumer confidence has grown, along with the number of brands in the country.

When asked how close Kyiv is to shopping mall market saturation, Tymochko said that there is still room to grow, however “this sector may change very radically in the next few years, if Mr. Vagif Aliyev completes his promised projects.”

Aliyev, the owner of Mandarin Plaza and SEC Lavina in Kyiv, plans to build more shopping malls in the capital, adding up to 500,000 square meters of retail, according to his announcements.

The firm’s largest acquisitions consisted of the Westgate Logistic and Eastgate Logistic class-A warehouse properties in Kyiv’s suburbs, bought in 2016. According to Tymochko, the properties were acquired as loan packages on a tender, then converted into equity. More recently, the firm consolidated its ownership in Westgate to 100 percent, up from 60 percent.

Tymochko said that e-commerce is a major driver of the firm’s warehouse interest, something he’s started noticing in the past two or three years.

“This is what we see, that e-commerce retailers and brick and mortar retailers are all expanding their operations,” he said.

The firm most recently acquired the Arctica cold storage complex from Oschadbank in the Kyiv suburb of Soffivska Borschahivka in February. The sale was Oschadbank’s largest non-core asset disposal after the bank got it as collateral through a loan settlement procedure. It is Dragon Capital’s second cold storage complex.

Tymochko also noticed a trend of some companies using warehouses for manufacturing. For example, their logistics complex in Gostomel, a city of 14,000 people located 36 kilometers northwest of Kyiv, is leased by Unilever, which operates a tea packaging plant there.

“This is tiny, but it wasn’t there a few years ago,” said Tymochko.

Retail remains the most vibrant segment of the commertial property segment. An unprecendented volume of new supply is scheduled for completion in 2019-2020, says Colliers International, with 650,000 square meters of gross leasable area under construction. The Kyiv retail segment counted 1.3 million square meters in 2019. 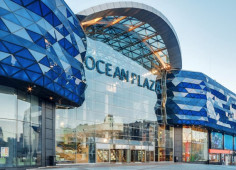