It is right time for investment in renewable energy in Ukraine

Ukraine sought foreign investors for solar and wind power generation at The Ukrainian Renewables Forum on June 24, expressing Ukraine’s ambition to raise the share of renewables in its energy mix and promoting new legislation which comes into force from the next year.

Ukraine is now switching from the so-called “green” or “feed-in” tariff – currently one of the most profitable in the world for energy companies – to a new auction-based quota system coming into force from 2020.

The government’s strategy is to make Ukraine less dependent on energy imports, and consequently more secure, through reducing consumption and increasing production. Renewable energy — still a less than 10 percent share of Ukraine’s energy production — is hoped to account for 25 percent of supply by 2035. But to achieve the ambitious goal, Ukraine needs at least $34 billion in investment, more than 10 times the current $3 billion.

An auction is designed to prevent a monopoly in the Ukrainian renewables market. It is to be a transparent competition held through an electronic trading system ProZorro twice a year, in autumn and spring.

“By the end of this year, we should have our first pilot auction held,” said Deputy Minister of Energy and Coal Industry of Ukraine Mykhaylo Blyznyuk.

The winners of the open call will get long-term contracts for renewable energy generation in Ukraine.

“The company that wins a tender for the auction signs a contract and has guaranteed support from the government in the course of 20 years,” he continued.

Government’s support mainly means that all the energy the company generated will be definitely bought by the government.

The new wholesale liberalized electricity market coming into force from July 1 will not affect the renewable sector, experts said. Energorynok, the market operator, which used to be a single buyer in Ukraine, is going to be replaced with a new entity also dedicated to buying all the renewable energy produced.

“The new purchaser will be called ‘guaranteed buyer’ and it will be acting as a purchaser of the all electricity from the renewables,” said Vitaliy Radchenko, a partner at CMS law firm.

However, Energorynok will remain for the transition period.

“The only problem is that ‘guaranteed buyer’ has only been created last week. The bank accounts, the source of funding, the operating system is probably not there yet. For that reason, the regulator decided that for the time being the old guy [Energorynok] will still be there to breach this gap until the ‘guaranteed buyer’ gets the license and gets operational,” Radchenko explained.

Among other guarantees that Ukraine offers to renewable energy developers under the new law is to pay for cutoffs.

“The new law also contains the so-called compensation; if you were being cut off by the transmission system operator you are still getting paid for the electricity you under-generated,” said Radchenko. 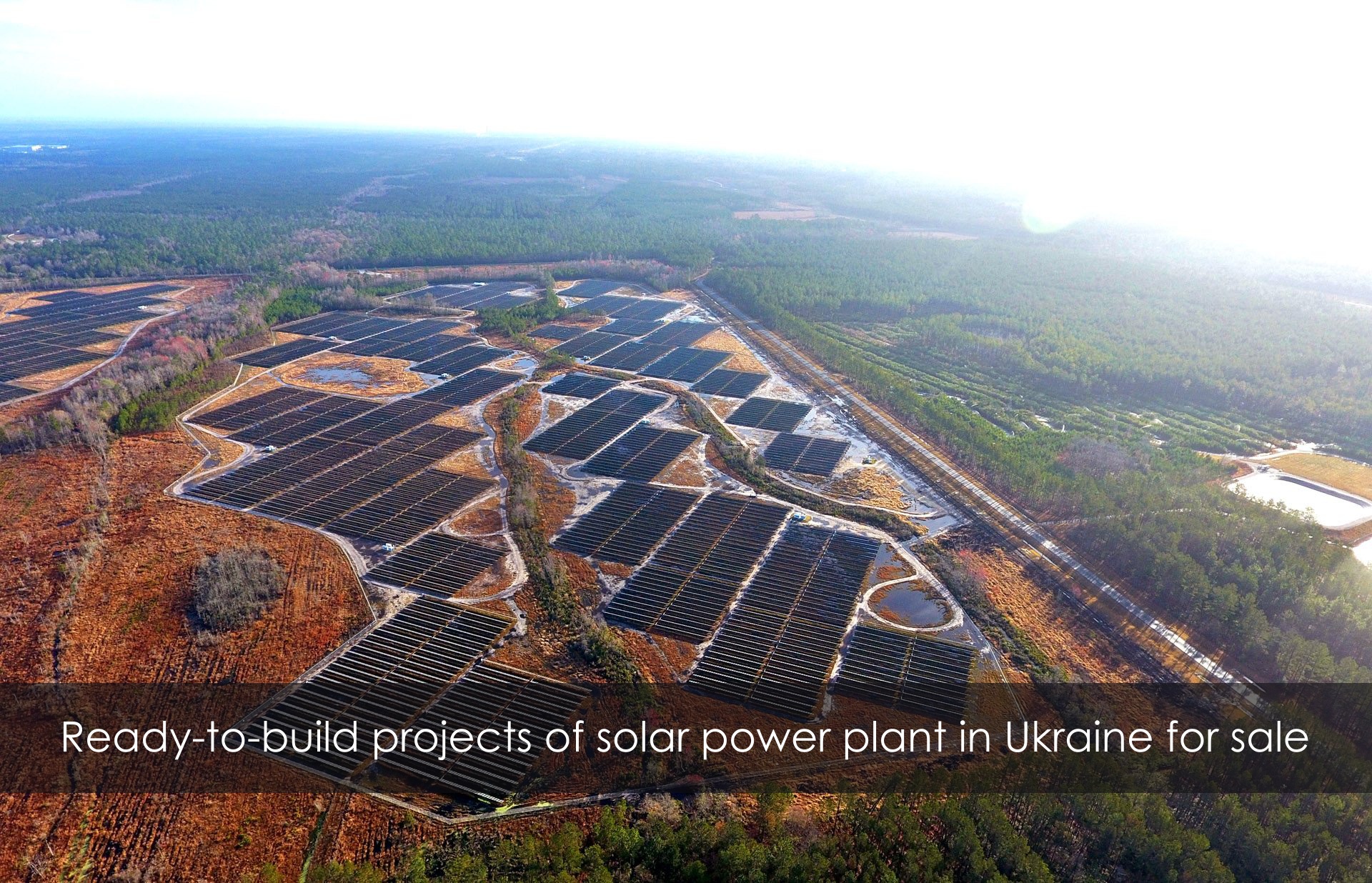 Quotas as a stumbling block

Quotas or the capacity of renewable energy projects are to be decreased in comparison to what was prescribed by “green tariff.”

The “green tariff” in Ukraine — the price the government guarantees for energy generation — is one of the highest in the world, and it is being kept as it is up to the end of 2019 with solar 15 percent, wind 10 percent, and biomass 12.5 percent. However, starting from 2020 it is changing,” said Blyznyuk.

“We will be observing some reduction in green tariffs, especially in solar development by 25 percent and every following year by 2.5 percent,” said Blyznyuk.

Overall renewable energy allowed to generate in 2020 is going to be almost four times less than in 2019. It is about to total 540 MW including 300 MW for solar energy generation and 160 MW for wind, Blyznyuk announced.

This announcement rose a question from a lawyer and a board member of the Ukrainian Wind Energy Association, Maryna Hritsyshyna. She called the quotas proposed “imbalanced” stating that a quota for wind generation is twice less than the one provided for solar.

Blyznyuk said: “These quotas are the latest forecast we prepared for this forum. They are not final, but the space for error is not significant. It is related to the special features of the energy system of Ukraine.”

The quotas were designed to stimulate renewable energy developers to invest in smaller-scale projects, said Yulia Kovaliv, head of the Office of National Investment Council of Ukraine. “There is one more restriction for getting a share in the market – each year one of the players will not be able to get more than 25 percent of the total quota. The idea was not to allow one big player to get all the quotas of the whole pie of solar, wind, or anything else,” she said.

That is all being made because of the overload on transmission operators in the busiest regions for energy generation.

“We started getting some complaints from our transmission operators related to the balancing because it is very hard to balance 500 megawatts in the region where you have 1 gigawatt installed, or even more, of nuclear power stations. So from a technical perspective it became very hard,” said Kovaliv.

“There were some ideas coming from the business to build 1 gigawatt solar project at one particular place, which would be a disaster for our energy system because the cost of balancing of all this stuff would have been enormously high,” she added.

‘Green tariff’ and the last chance to get it

The ‘green tariff’ is in force until the end of 2019, but for those companies signing the Power Purchase Agreement (PPA) by the end of the year, this tariff will remain for the time of the development of their projects.

“The law prescribes that those who sign contracts in 2019 will have the opportunity to actually finish the construction of their units and facilities securing current tariffs for solar projects for two years and for wind projects for three years,” said Blyznyuk.

The majority of companies are trying to sign agreements as soon as possible to secure “green tariffs” for a few years ahead, said Oleksandr Bosak, a Spanish renewable energy company Acciona Energy’s manager in Ukraine. “We are not going to take part in the first pilot auction, we will see how it goes first,” Bosak said to the Kyiv Post.

Acciona Energy has finalized the construction of one solar station in Kyiv Oblast and has two other ones being build in Odesa Oblast. Now the company is considering to go for wind station projects.

“I will not say much as we are on the negotiation stage so far, but these are the projects we aim to sign power-purchase agreements by the end of the year to secure ‘green tariff’ for them,” said Bosak.

The investors’ interest in a new auction system is not great because the quotas are quite small and are not even final, said Hristyshyna reflecting on her experience with legal consulting of energy companies.

“Small quotas may not attract potential investors much. Auctions are designed to reduce prices so if the quotas are small, the investor has a little chance to get a big project.”

However, according to Bloomberg New Energy Finance Ltd., the “international appetite grows” with Ukrainian companies’ share in the construction of renewable projects estimated at 53 percent, while the rest are foreign players including Ireland and Norway, for instance.

Peter Gish, a co-founder of Ukraine Power Resources, advised all comers to invest in Ukraine, but first, check whether they understand local legislation.

“I think Ukraine is a really interesting market and emerging market,” he said.

“Frankly, it was when I visited Odesa and I was just astonished by the land resource of this country. It is phenomenal. It is ideal for renewables.” 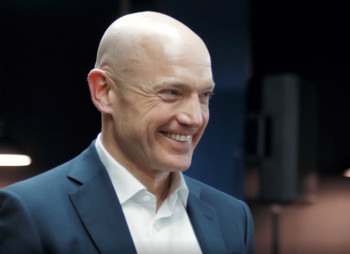 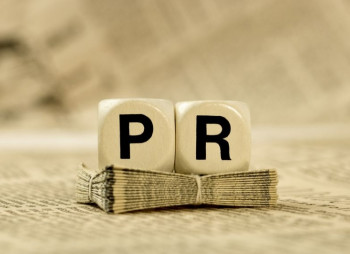 PR for investment companies: what is important to consider in communications 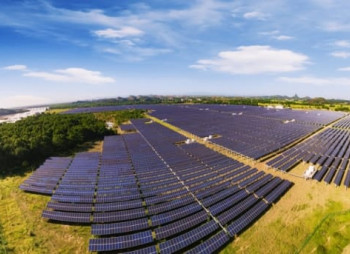