National Commission On State Regulation in the Sphere of Energy and Utilities (the “Regulator”) adopted on 11 November 2020 the Resolution on Amendments to Rules of the Market (the “ Resolution”) (the decision is available in Ukrainian at http://www.nerc.gov.ua/?news=10211. The official text is not yet available at the Regulator’s site but it is possible to familiarize with the text of the draft Resolution prepared for adoption is available in Ukrainian at http://www.nerc.gov.ua/data/filearch/Materialy_zasidan/2020/lystopad/11.11.2020/p41_11-11-20.pdf).

In accordance with the available text of the draft Resolution (possibly, there could be certain changes in officially published text of the Resolution):

1. PrJSC “Ukrenergo” (the “TSO”) will be responsible to compensate producers under “green” tariff or auction price (RES producers) in case of the electricity curtailment.

2. The TSO would be entitled to give commands to RES producers only if all available applications at the balancing market to reduce the load have been already accepted or in case of force majeure circumstances (not specifically defined, and thus general provisions of the legislation and relevant agreements will apply).

3. Calculation of the compensation for curtailed electricity to RES Producers shall be made by RES Producers and provided for the TSO’s review not later than 7th day of the following month. The TSO shall review the calculation and inform RES Producers about results of such review.

4. The value of curtailed electricity shall be compensated at GT or auction price established for the respective RES producer via subaccount UA-1.

5. If the RES Producers fail to comply with the dispatcher’s command to reduce the load, then they shall be liable to pay the incompliance payment which is calculated in accordance to the formula containing the volume of electricity produced during violation multiplied by applicable “green” tariff of auction price adjusted by the coefficient in the amount of 1,05.

6. The RES Producers shall issue payment documents in respect of calculated value of curtailed electricity and the incompliance payments and the TSO relevant certificates (acts) on these payments for execution by the RES Producer. All these documents are issued on the basis of agreement on settlement of imbalances executed between the TSO and RES Producers.

7. The amount of compensation is suggested to be calculated in accordance with the special Methodology for Determination of the Volume of Curtailed Electricity which envisages 2 methods for calculation:

4.1. the etalon method is applicable by default for RES Producers (based on data of commercial metering of the etalon generating installation (inverters or wind turbines with a separate metering point);

4.2. calculation method envisaging that the volume of curtailed electricity is compensated only on the basis of data for previous periods and applies only if the etalon method cannot be used. It appears that for the calculation method it will be necessary to use production data during the preceding hours (if not available for the entire power plant then on the basis of the etalon installation data). In case of solar installations, if the command lasts more than 1 hour and no data of the etalon installation is available then it is necessary to take into account average amount within the last 5 days when commands were not given.

The Resolution will enter into force on the date following its official publication at the Regulator’s website. The TSO shall compensate RES Producers electricity curtailed until 1 January 2020 in accordance with the methodology described above. It appears that no compensation will be provided for the period from 1 January 2020 until the Resolution takes effect.

The Ukrainian State Offtaker Paid 100% for Electricity Produced in September

The Perspectives for Production of “Green” Hydrogen in Ukraine

During Round Table “Hydrogen Economy: Roadmap” the Acting Minister of Energy Olga Buslavets noted that in accordance with Initiative of Green Hydrogen for European Green Deal 2*40 GW and plan for exiting the COVID-19 crisis it is expected that there will be 10 GW new capacity of green hydrogen production in Ukraine. Most of produced hydrogen will be exported to Europe.

Despite these positive developments we cannot exclude that recent legislative changes and developments in the RES market will be considered to be adverse to investors to such extent so they will be forced to initiate individual or collective (mass) claims via investment arbitration. 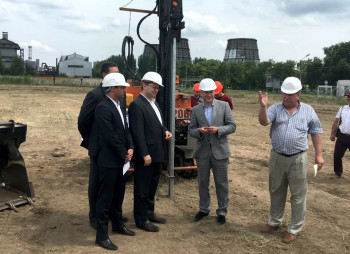