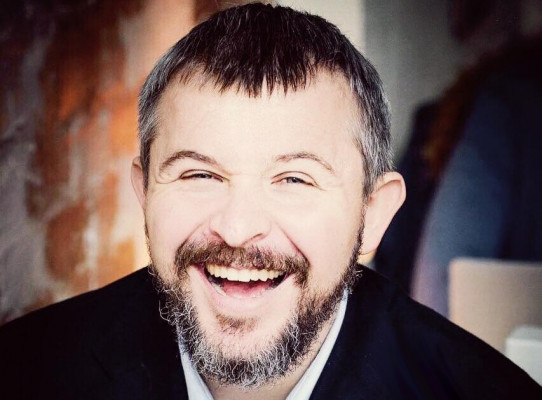 Hard work, incredible willpower and full commitment - a pledge of investments and prosperity of Ukraine

Perhaps, everyone in investment society heard his name. Anatoliy Amelin who is the former owner and head of the company “Altana Capital” which ensured securities buy up for SCM Group, ex-Commissioner of National Securities and Stock Market Commission, who is currently a venture investor, founder of AmelinStrategyAgency and top-ranked mind on economic potential of the country. Stockworld.com.ua succeed to talk with Mr. Amelin, despite his over business, on the role of stock market in the development of Ukrainian economy and innovations as key driving force for investments inflow.
While talking about stock market people are used to mean investment market. When they speak about investments they mean investment in innovations, e.g. in energy efficiency and development of infrastructure. How can you reconcile these two directions and what are the real needs for investment in Ukraine?
I’ll state the obvious, investments are critically important resource for economic growth. It’s a vivid energy which gives possibility to create a new product, new ideas and even transform all the world around. Investments are the vivid energy which gives possibility to... transform all the world around. If we consider the issue in terms of the whole country and speak about the experience of countries, so called economic tigers, that are often set up as an example for us, surely they wouldn’t become as they are without external investments. Drawing an analogy with a human body, I’d like to say that investment is the blood needed to renew this body, make it stronger and more successful.
Does Ukraine have enough such blood or it need one from donors?

We shall remember that there are external and internal investments. When we talk about these resources, the external investments are those we usually mean. But let me remind you that outside inputs won’t come if there are no internal investments. Look around. Have you noticed new companies to be established? How many people invest in them? In practice, it’s hardly to observe. Someone transfer his money to Cyprus, another one to Panama, and others just stuff money in a mattress. It evidences the very bad conditions for internal investors in Ukraine and in its turn shows that external investors would unlikely come here. And stock market is one of the elements of investment market. And until we have no complex police to attract investors to the country, there is nothing to talk about.

Who do you think have to manage? What is needed? Should it be notorious “political will’ or it might be something else? The conditions for internal investors in Ukraine are very bad.