Who Are You Mr ATB?

More than twenty years ago, Gennadiy Butkevych and his partners established a food store chain, which had been keeping the leadership in its segment from year to year

Phenomenon of “ATB” chain of supermarkets have been remaining a mystery for many for almost 10 years. More than twenty years ago, Gennadiy Butkevych and his partners established a food store chain, which had been keeping the leadership in its segment from year to year. This is confirmed with data on taxes paid and extension of shopping capacities, “Dilova Stolytsia” reports.

What does contribute to success of Butkevych’s retail chain? It might be a well-formed business strategy or a safe bet on economy segment. Or it might be a protracted crisis that pushes Ukrainians, having tightened their belts, to choose cheap products. It is difficult to give a simplistic answer. We may only assume that all the above mentioned has impacted on the chain development.

The story of “ATB” establishment goes back to 1993 when businessmen from Dnipropetrovsk Gennadiy Butkevych and his partners Viktor Karachun, Yevhen Yermakov and Serhiy Tarasiuk opened their first store. Then the company was called “Agrotechbusiness” and it sold everything: from petrol to food stuff. In 1999, “Agrotechbusiness” was successfully reregistered and turned into “ATB-market” LLC. Such name was chosen for a reason—“ATB” is the abbreviation of “AgroTechBusiness”. Initially, the owners shared their responsibilities on assets management. Yermakov coordinated production, Karachun got the stores, and Tarasiuk dealt with construction and retail chain, while Gennadiy Butkevych was responsible for strategy and GR. For “ATB” establishment, its founding members followed the foreign best practices of German chain “Aldi”. Then, back in 2002, its owners—Theo and Karl Albrecht—hit the top three of Forbes billionaires, with fortune of over $26 billion.

So, quite soon, buyers of the first Dnipropetrovsk-based “ATB” saw a new format of the store with smaller product offering (altogether under 800 positions), but very competitive price. However, customers were not inspired by such approach of limited product offering. Daily revenues started spiralling downwards and soon out of previous UAH 2 million amounted to loss making UAH 600,000. Immediately, Dnipropetrovsk “well-wishers” were predicting “ATB” bankruptcy. But none of the partners gave up. Businessmen turned their gaze to foreign best practices once again. This time, it was German brand Lidl, competitor of Aldi chain, on experience of which the first store was made. The approach was reversed totally. The range of products in “ATB” increased day after day and varied from 2500 to 3500 positions.

To reduce the rental costs, they simply purchased the property. But the most important thing about “ATB” development was that the sale points were opened in small towns instead of large cities, thus attracting consumers who bought goods in “ATB” and sold them in markets. Logistics was thought out to the last detail. Businessmen worked out the optimum routes from distribution centres to stores and elaborated a very tight logistical schedule. The mechanism of cargo handling changed as well. Since then, Karachun bought trucks with detachable trailers only. Once the truck came to the store, it left the trailer with goods and went to another store. Such logistical know-how of Karachun allowed to reduce 2.5-fold logistics costs. Best practices adopted from Lidl definitely delivered benefits. From 2003 to 2007, “ATB” profit was growing by 25% annually.

For one year only the chain opened 40-50 points in central, eastern and southern regions of Ukraine. At that time Serhiy Tarasiuk pulled out of the corporation. But the businessman got his rightful share. As a compensation, he received one of the holding’s assets—meat processing plant. Gennadiy Butkevych took a promise from his partner when the business was established – not to sell his business share to third parties: founders should hold the 100% stake. The crisis year of 2008 was beneficial for “ATB”. When most retailers tried to reduce their points of sale, “ATB” opened more than 200 stores during the period from 2008 to 2010. By the end of 2010, revenue of the chain amounted to UAH 10.8 billion, and a year later – 500 stores were opened.

However, the events of 2014-2015 made their adjustments. According to the corporation, during the anti-terrorist operation (ATO) in the east of Ukraine, the militants “nationalised” 152 stores of the chain. Currently, in the territory of the Donbas, controlled by Ukraine, only 42 stores are still working: 26 in Donetsk region and 16 in Lugansk region. In LNR, the seized stores operate under the name “Narodny”, while in Antratsyt and Krasnyi Luch—militants are trading in seized stores. They also accommodate the commandant’s office of Cossacks. In DNR, most stores are ‘proudly’ titled “First Republican”. Gennadiy Butkevych and his partners sustained financial losses for UAH 7 billion because of 152 seized stores, aside from the stresses and very difficult situations, in which “ATB” staff got caught. Having left their houses and routine life, employees of the chain began to adapt to the new life in other regions of Ukraine. Gennadiy Butkevych and partners did everything to support their co-workers financially and morally, providing them with housing, food and finding job for them in stores in controlled territories.

Butkevych, Yermakov and Karachun have hardly recovered from the outburst of military operations and arranging work under new conditions, when a new blow struck the chain, this time from Ukrainian authorities. In spring 2015, the Radical Party submitted to the Parliament a draft law No. 2689 on nationalisation of “ATB” assets. As arguments, the deputies put forward the thesis that “ATB” allegedly financed terrorists in certain territories of Donbas. Moreover, they tweaked connections with Yanukovych’s former entourage. SBU and GPU carried out the investigation and disproved all false ‘radical’ accusations of the populists so that deputies began withdrawing their signatures one by one.

Despite pressure from all sides on Gennadiy Butkevych and his partners, “ATB” corporation ended the year 2015 with a turnover of UAH 46.7 billion (including VAT—IF). And this is by 16.5% more than in 2014. Besides, “ATB” constantly conducts charity campaigns for children in the front-line zone and provides support to the disadvantaged. For 2014-2015, the corporation completed 29 programmes of targeted aid for UAH 6.8 million. Support was provided to veterans of the Great Patriotic War, pensioners, invalids, families of ATO soldiers. “ATB” does not shy away from orphanages. For example, the orphanage No. 1 in Dnipropetrovsk has been additionally funded by the corporation for 10 years already. Besides, Gennadiy Butkevych regularly finances sports events, supports creative development of children and youth schools, in particular specialised school No. 9 in Dnipropetrovsk.

Plans of the “ATB” management for 2017-2018 include to strengthen the position of Ukrainian retailer No. 1 and to conduct strategic expansion of the chain in western regions of Ukraine. 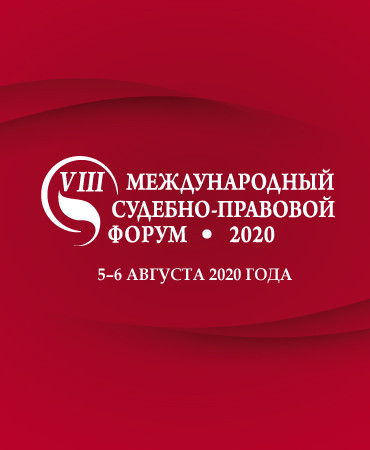