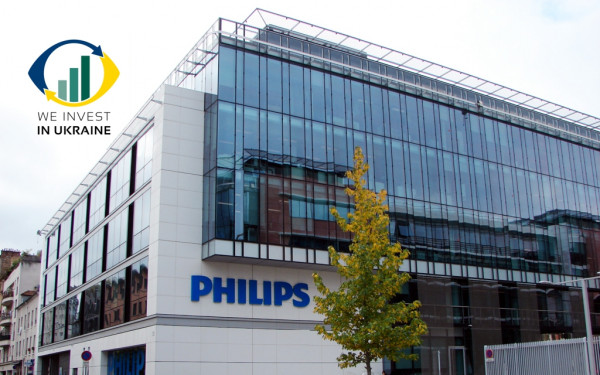 We invest in Ukraine: Philips (the Netherlands)

Inna Berezovskaya, the CEO of Philips Ukraine, “it is possible to conduct business ethically in Ukraine, but this is not easy”

Royal Philips (NYSE: PHG, AEX: PHI)  is an international company operating in the sphere of ‘health and well-being’ aiming at improvement of the quality of life of people by introducing significant innovations in healthcare, consumer goods and lighting solutions. The company holds leading positions in the development of equipment for cardiology, urgent care and home based medical services. In particular, Philips’s products are energy-efficient lighting solutions and innovative lighting systems, as well as electric shavers and personal hygiene products, and devices and gadgets for oral care.

In its structure Philips has three divisions which are Philips Consumer Lifestyle (home appliances), Philips Healthcare and Philips Lighting.

As of early 2014, Philips had 111 production facilities, 59 R&D centers in 26 countries, and sales and servicing representatives in about 100 countries. The company annually spends some 6-8% from sales for R&D in particular. Philips owns more than 54 000 patent rights, 39 000 trademarks, 70 000 rights for industrial prototypes, and 4 400 registered domains.

The representative office in Ukraine: https://www.philips.ua 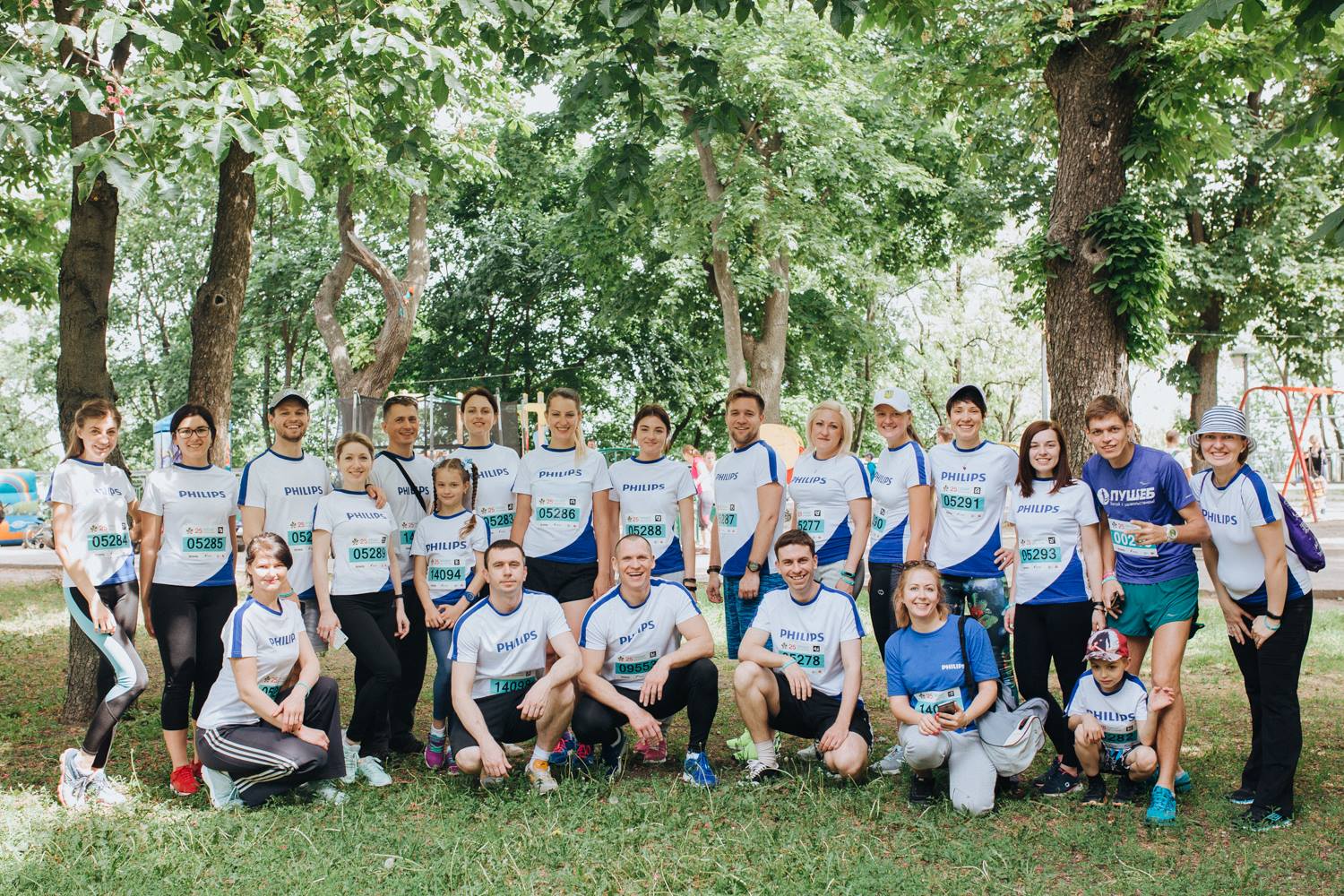 In July 2017, the European Business Association (EBA) conducted a survey among the heads of more than 140 largest foreign and Ukrainian companies. The businessmen voiced less negative sentiments while the index of investment attractiveness of Ukraine exceeded the pre-crisis levels for the first time, according to the survey. In particular, the respondents pointed to the positive changes in the improved data accessibility and openness from state controlling bodies, deregulation, less foreign exchange control, simplification of the procedures for obtaining permits for construction and introducing a moratorium on state inspections of enterprises.

In the interview, the new CEO of Philips Ukraine Irina Berezovskaya, who was appointed in 2016, will reveal in what a manner does she experience the changes; how the company manages to deal with grey imports; how these all led to the growth of the small appliance market; and are there plans in Philips to start its own production in Ukraine?

- How do you assess the current situation with the investment climate in Ukraine? Has it improved or worsened in the most recent years? Please explain…

- Indeed, we, and the entire business community here, have noticed some progress in respect to the investment attractiveness of Ukraine. The index of investment attractiveness exceeded the previous estimated figures of 2010-2011 for the first time. However, the index has just left the negative side of the projections. It reflects that the negative estimates appeared to become neutral. To that end, the measure of 3.15 out of 5 is a pretty good progress compared to the previous years. And still it signals that there is room for growth to build up Ukraine becoming investment attractive for the businesses. We highly appreciate these positive changes too, and really see that the economy pushed off the bottom and started to grow. A positive shift is the lessening of government regulations in the foreign exchange market, also there is a progress in deregulation which also improves the investment attractiveness of the country.

“The grey market comprises up to 20% of the sales of all home appliances in Ukraine, according to the industry experts.”

- And what do you see changing in the everyday issues?

- We have been noticing a significant progress in deregulation. One of the latest solutions, which made it a way easier for many companies to do business, is the cancellation of seals for businesses. Also, the government is actively working on the adoption of the European directives and the best of the European legislative norms and technical regulations. The other effective solution for a support of business transparency has become the obligation for sellers to print fiscal checks when selling household appliances. They empower the consumers to claim their warranty service and be confident in the quality of the purchased products. 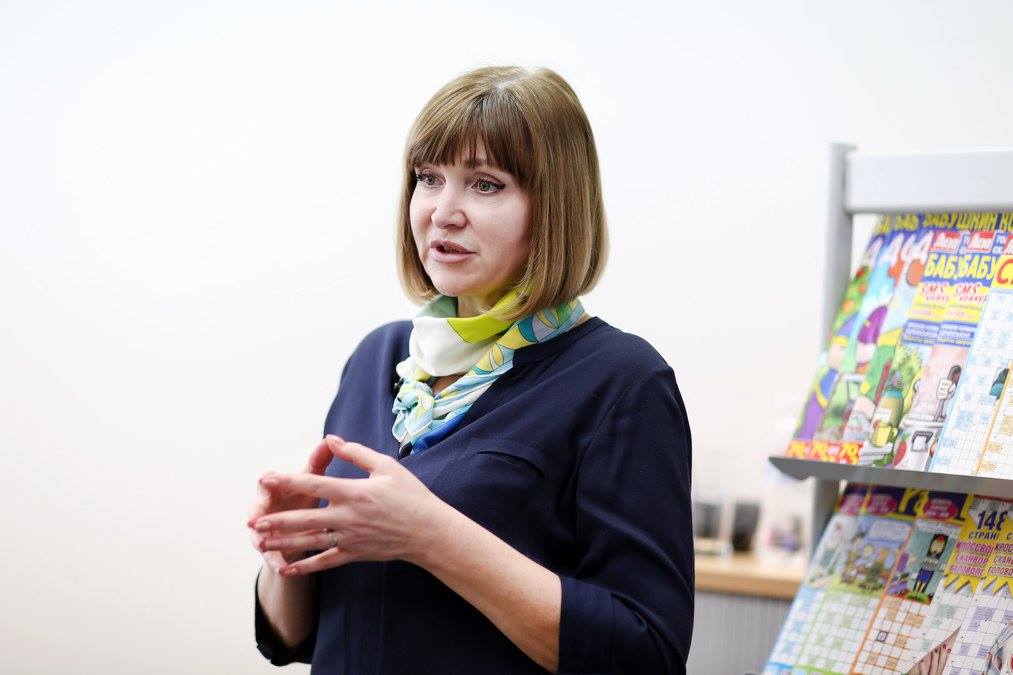 Irina Berezovskaya graduated from Ivan Franko Lviv National University, the Department of Foreign Languages ​​ (English and German languages) in 1999. In 2002, she got her MBA in management from Lviv Institute of Management. Irina started her career for international companies in Procter & Gamble working as a client relationship manager. In 2011, Irina Berezovskaya worked as a Strategy and Planning Manager (related to childcare) in Switzerland. Later for two years, Irina had been holding the position of commercial director for business development in Eastern Europe where she was responsible for various product categories matching the countries. In February 2016, Irina Berezovskaya became the CEO of Philips in Ukraine changing Karsten Firk who held the position earlier.

- Is there an issue of the illegal imports for the products you sell, and what is the challenge from the black market?

- The grey market comprises up to 20% of the sales of all home appliances in Ukraine, according to the experts. Therefore, the producers do have to deal with such a peculiarity. We actively work upon legislation with the European Business Association in order to lower the rate of grey import challenge. As of present, the work is underway on a draft law for securing the principle of national exhaustion of rights stipulated to limit the opportunities for unethical companies to make grey imports into Ukraine.

- Recently, the MPs have proposed to limit the value of the goods delivered by post into Ukraine not to exceed EUR 150per person a month concerning some of the products. How do you assess this initiative?

- We were not a part of this initiative. And in fact, we believe that such an initiative will not help to tackle the issue of the grey imports into Ukraine. An effective tool at the legislative level can be the principle of national exhaustion of rights which is in place in the European Union. In this way, smuggling as a large scale prospect will become impossible.

- Does legislation in Ukraine affords to conduct business ethically? Are there the similarities with the European legislation?

- Our company is carrying business in accordance with all of the related norms of the legislation; and we are successful in the market; and we are growing. Therefore, it is possible to conduct business ethically in Ukraine, but this is not easy. We see that Ukraine now ranks 80th in the rating of ease of doing business. Of course, this is a notable progress in 2012-2013. But I hope that with due time we will be at least among the first 50 countries. Of course, doing business in Ukraine is more difficult than in other Central European countries.

"Over time, when the investment climate change, our company will be able to return to the issue of making investments into a production in Ukraine"

- What would you like from the parliament and the government to change, so that it may become no trouble for you to work?

- Investors positively welcome the current changes. However, there are several issues for further reforms that will allow Ukraine to be more attractive for the investments. As business community is certain about it, the most important areas are fighting against corruption, establishment of the rule of law, speeding up the judicial reform, as well as further deregulation, and simplification of all business procedures in Ukraine.

- Do you consider some theoretical opportunity for starting production in Ukraine?

- In practice, our company constantly assesses the investment attractiveness of countries in order to set up a production facility there. As of today, there are no such plans for Ukraine. And I hope that in due course when the investment climate change, business operations become easier to handle, and at the same time major positive factors must remain, then yes, the company will be able to question the issue of making investments in some kind of production in Ukraine. I mean that in many cases the cost of production in Ukraine is very competitive compared to other countries.

-  What is happening at small appliances market?

- The small appliances market has been growing significantly this year in comparison with the last year. Two digits growth rates we have both in monetary and in physical terms.

We see that the market volumes in physical terms in H1/2017 almost reached the entire period of 2015. Such positive dynamics is primarily due to a significant improvement of consumer confidence among Ukrainians. Also the deferred demand from the previous crisis years manifests itself, when Ukrainians were saving rather than spending. As household appliances are not a necessity, consumers often postpone their purchase.

Now we observe Ukrainians who adapted for today's economic realities. They managed to rationalize their expenses and start returning to the planning of their buying decision process. We believe that Ukrainians save in particular patterns ─ they try buying equipment for many years to come. That is, they buy quality goods at a reasonable price, and not the cheapest. For the most part, the well-known brands experience growth, including Philips.

- How long such a trend will last?

- We are optimistic about the future. This year and next one, the market will grow due to the effect of the deferred demand.

But still there is one more factor which can contribute to the further growth of the market. This is innovation. The global market of home appliances is growing by implementing innovations and smart solutions. Such approach is also applicable to Ukraine by global producers, including Philips.

For example, there are innovative products that help do the same job in a much shorter period of time, being more adoptive and performing effectively. And such innovative products grow much faster than the market itself. For example, a growing segment is the steam generator irons that perform two times faster than a conventional iron. A segment of rechargeable cordless vacuum cleaners for quick cleaning has increased by more than twice. That is, Ukrainians want innovations that can facilitate their daily life and work at home. It is the very innovations and investments from companies into promotion that create a long-term potential for market development in the future. 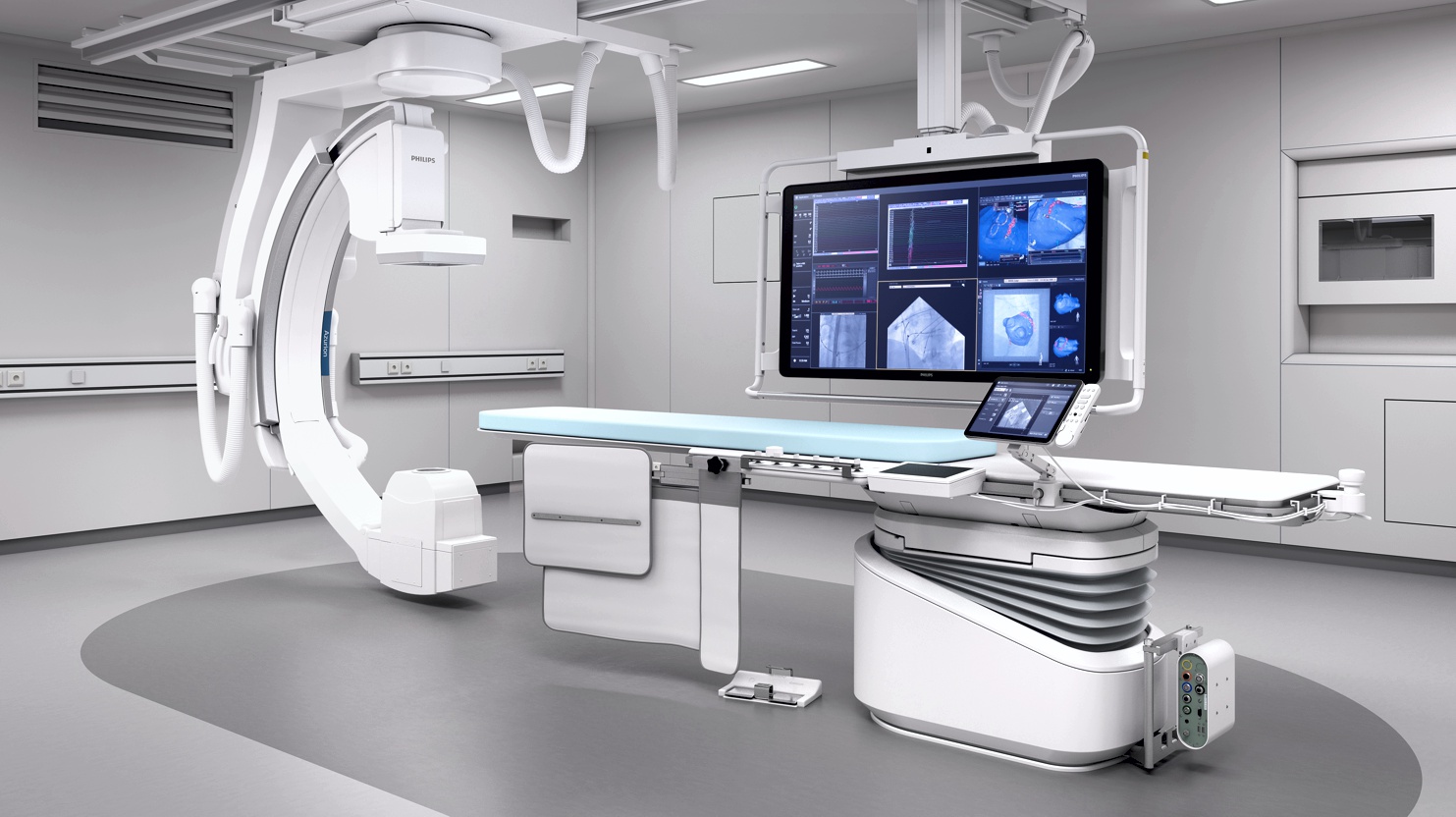 Philips Azurion is the new generation image guided therapy platform of X-ray diagnostic for treatment. It helps to perform medical procedures providing detailed angiograms, fluoroscopy and other studies that are used in radiology in minimally invasive procedures, cardiology, as well as in vascular and cardiac microsurgery.

- They say that official suppliers sell various products with the large margins, like 40-50%. Meantime in the Internet one can buy those goods much cheaper. It means people tend to avoid those large markups. Is it true? Do online sellers have real advantage, or is there something wrong here?

- Indeed, you can often find a product that is significantly cheaper in the Internet than the one placed in a store. Most often such a product was imported into Ukraine using grey schemes, as we mentioned it before. For example, the products come in small quantities avoiding tariffs and taxation fees. Hence, such goods can be cheaper than officially imported upon which all the relevant payments were made. These products  very often do not have warranties and post-warranty services. In this case the risks are taken by the very consumer. For this reason, the market has to be properly organized. Almost all major international companies are represented in the Ukrainian market of home appliances. They actively invest and fight for it, and do not allow overpricing because it will lead to loss of a market share and reduce sales. The competition in the small appliance market is very tough and it helps to secure that prices stay affordable for the consumers.

InVenture Investment Group – your trusted partner on Ukrainian market. We are open for cooperation and will be beneficial in dealing with mergers and acquisitions (M&A) in various industries, development and implementation of investment strategy, support of entry into Ukrainian market for international investors.