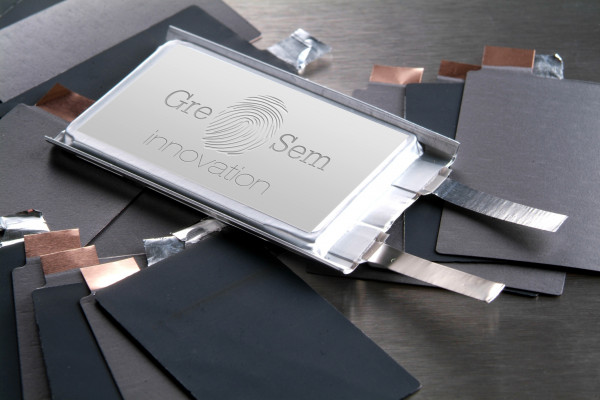 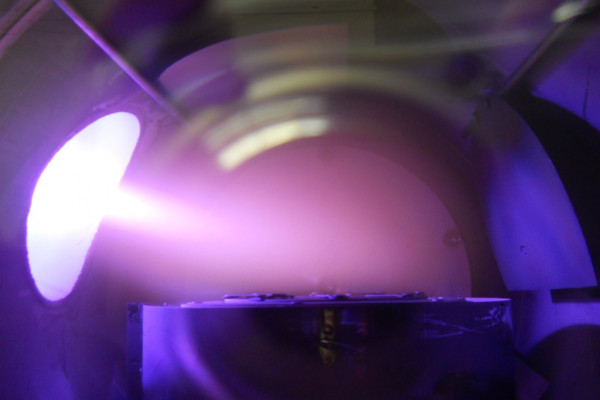 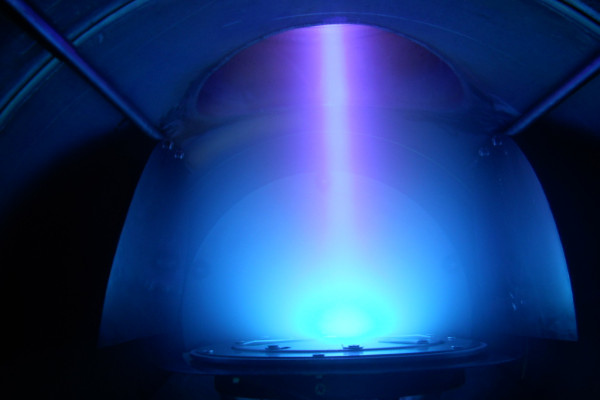 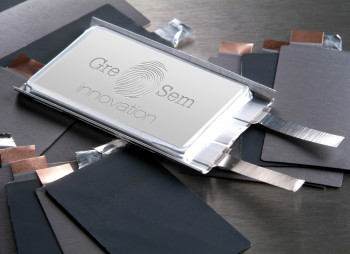 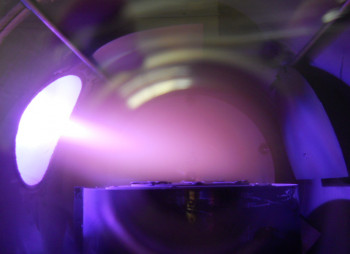 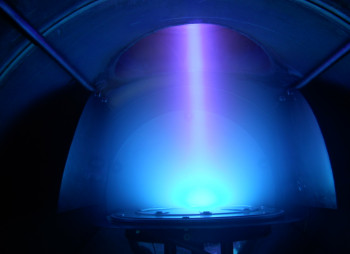 - plasma arc and helicon sources of plasma flows were developed and patented by us. The sources operate in a specific magnetic medium and are used to prepare the substrate and deposit one- or multi-layer thin (0.1+ um) films. The helicon source operates in the modes of deposition and аnisotropic etching.
- consumables are conventional powder or metallurgical alloys and plasma-forming and reactive gases (Ar, N2, O2, H2, SiH4, SF6, etc.)
- the films are deposited by the plasma flow from the consumable cathode of the plasma arc source in РVD processes, and in the plasma flow from the helicon sourcе in PE CVD processes.
- anisotropic etching of silicon is carried out by an accelerated ion-plasma flow from a helicon source
in the mode of ion-plasma etching (IPE).
- the low production cost is due to the high efficiency of plasma sources: in order to obtain 100 cm2*10um film in laboratory equipment, it takes up to 5 minutes*5 kW power.

What are we planning to work on

Ion-plasma etching of a silicon wafer

How we will implement this

- use a multi-chamber equipment and carry out technological processes in the specialized chambers;
- use more precise, fully automatic devices and control tools to minimize human factor and show pre-production scalable prototype;
- vacuum deposition of solid-state electrolyte;
- study more different samples to obtain statistically reliable results;
- test samples in other laboratories under the same / different conditions;
- use best-available materials (substrates, powders, gases etc.) from top-suppliers
- attract additional staff to carry out more of our own research;
- involve advisors from various institutions

What do we need

- equipment and components to build multi-chamber unit and conveyor-simulation;
- own testing equipment and supplies, increase the team of employees, funds to cover the costs of other institutions participating in the tests if necessary;
- expansion of the research network for obtaining statistically reliable results and information exchange at conferences, seminars, etc.;
- cooperation with institutions working on similar projects, where PVD tools are used;
- patenting support;
-  commercialization partner in long perspective

Risks for a silicon-based electrode

- we might never be able to get the expected results;
- probably we are moving in the wrong direction or move too slow;
- non-reproducibility of the best sample of the experimental series in the industrial process;
- we might suppose the wrong time we need or wrong TRL we have;
- someone can achieve earlier the same result or better;
- the specific unit price can be higher compared to market-present ones.

What if we get where we want

- we put to the market same or better in many terms Li-ion battery but in addition it will be produced with much less impact on environment;
- we replace polluting etching fabrications with solar-energy powered production zones;
- we still have an instrument free to be used in different deposition application like DLC, decorative, sub-layer formation which can be a subject of another R&D projects

- SCORECARD method estimates the Gresem Innovation valuation around $10M (based on Enevate Corp. example launched 2006, $10M in 2011, $30M in 2015) (https://www.crunchbase.com/organization/enevate#/entity)