The owners of electric vehicles can now drive between the two big cities, making only two or three stops for 20-40 minutes to charge their battery. It makes it easier for Ukrainian drivers of e-cars to travel to Europe.

STRUM chargers with a capacity of 50kW are installed on the Lviv highway 100-130 km apart:

“STRUM chargers are put in places where the travelers can rest comfortably and get a cup of coffee or a snack. The best coffee, of course, is in Lviv. When choosing locations for the charging stations, we prefer cooperating with car-service and petrol stations.

All five charging stations on the way to Lviv have been tested already. The battery of our Hyundai IONIQ Electric got charged at the STRUM station faster than a mobile phone. Taking into consideration that it’s only 80 km from Lviv to the Polish border, one can continue travelling further in Europe, charging their vehicle at local providers”, - shared Igor Kovalev, the head of charging stations STRUM.

3,18 thousands of e-cars were registered during the first two quarters of 2019, which is 58% more than during the same period last year. With the development of infrastructure, the demand for ecologically clean transportation will continue to grow. 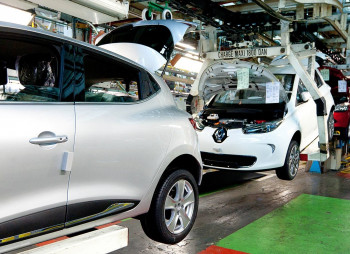