EBRD responded to the Covid-19 pandemic in Ukraine in 2020 with €812 million financing for the economy. Ukraine was among the EBRD's top three recipients after Turkey and Egypt

At a time when the global economy was suffering its most severe slump since the Great Depression of the 1930s, the EBRD focused its operations on addressing urgent needs and starting building back better economies. The Bank delivered record investment of €11 billion in 2020 through 411 projects across three dozen economies.

Matteo Patrone, EBRD Managing Director for Eastern Europe and the Caucasus, said: “In a tough 2020, the EBRD continued providing much-needed finance to the Ukrainian economy, defying the uncertainty of the pandemic, helping businesses adapt and making sure that key investments both in the private and public sector were not disrupted by the Covid-19 crisis. We are particularly proud to have increased the volume of our investments in the corporate sector to a record level.”

Working with the Ukrainian government, the Bank launched a joint initiative to improve the corporate governance in the public sector, starting with a pilot programme to transform Ukravtodor, the state road agency. A €450 million loan will finance the development of national road infrastructure and support the anti-corruption and procurement reform.

In another investment, an EBRD-backed turnaround of Ukrposhta, the national postal operator, will improve services for 15 million people. In the central Ukrainian city of Dnipro, EBRD financing will help save energy at schools, kindergartens and outpatient clinics, while Khmelnytskyi, in the west of the country, joined the EBRD’s Green Cities urban sustainability programme by launching an upgrade to its solid waste management system.

With the procurement of more than 400 new trolleybuses under EBRD projects, residents of 12 Ukrainian cities saw a major improvement of public transport.

The Bank’s Infrastructure Project Preparation Facility advisory led to the commercial close of the first pilot concessions of the ports in Olvia and Kherson prepared in line with best international practice, paving the way for greater private sector involvement in the development of Ukraine’s infrastructure.

In addition, EBRD financing helped UkSATSE, the air navigation service provider, withstand the Covid-19 crisis and prepare to return to normal operations in the future. At the same time the Bank enabled Ukraine’s largest natural gas producer UGV to increase domestic natural gas production. The Bank also continued to support its longstanding client, Galnaftogaz, in financing expansion of its farmer supply programme and installation of electric vehicles charging points at its OKKO network of stations.

Providing scarce equity, the EBRD took stakes in Scalarr, a fraud detection solution based on machine learning to protect against mobile advertising fraud, and AllSet, an application allowing diners to order in advance at restaurants for a quick dining experience. Both international e-platforms were developed by Ukrainian entrepreneurs.

The year 2020 also saw demand for financing for more sustainable food retail. Novus Group received an EBRD loan for the construction of the country’s first green distribution centre in the capital Kyiv and new stores across the country, while Fozzy Group opened its first green supermarket in the capital under the Silpo banner.

The Bank also backed the expansion of the Riviera Shopping City in Odessa. It will create more space for shopping in Ukraine’s prime holiday destination and provide specialised vocational training for hundreds of young women and men in the country’s third-largest city.

The Bank also provided financing to Ukrainian businesses under a risk-sharing facility (RSF) with Raiffeisen Bank Aval (RBA), backed by the EU. Loans in foreign and local currency were extended to Ukraine’s leading producer of baked confectionery Yarych Group; the producer of plastic packaging and automotive components SpetzTechOsnastka; the agribusiness group Roksolana; and the wholesale and retail distributor of liquefied petroleum gas and petroleum products Nadezhda.

In addition, 130 SMEs benefited from advisory support and hundreds took part in the Know How Academy, a free-to-use online learning and advice programme for smaller businesses. Thousands of companies joined an online platform Merezha launched with the EU to offer expert business solutions, while Ukraine-wide events with international speakers were watched online in 77 countries.

Complementing its investments and advisory services, the EBRD boosted policy engagement in 2020. In partnership with the EU, the Bank continued supporting structural reforms through Ukraine Reform Architecture programme. Following the recent review of the programme implementation, the Bank is further committed to ensuring its full alignment with the government reform priorities and enhancing its delivery mechanism.

The EBRD is also actively engaged in promoting good corporate governance in state-owned enterprises and state-owned banks and contributed towards a more transparent business environment through the work of the EBRD-backed Business Ombudsman and the National Investment Council. It also provided support to e-procurement platform Prozorro.

Maintaining the focus on the transformation of Chernobyl, in November the EBRD Board of Directors approved the establishment of the International Chernobyl Cooperation Account at the request of Ukraine. The purpose of the new donor fund is to address remaining challenges at Chernobyl and to sustain the achievements accomplished through the Chernobyl Shelter Fund (New Safe Confinement) and the Nuclear Safety Account (Interim Spent Fuel Storage Facility, Liquid Radwaste Treatment Plant). 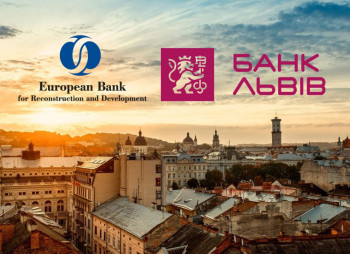 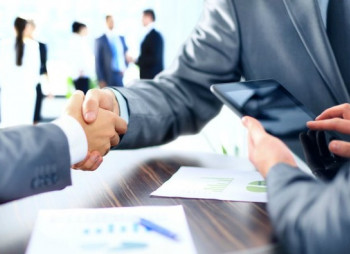 German-Ukrainian Fund to provide EUR 18mln of loans for SMEs 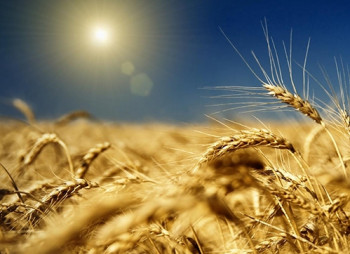