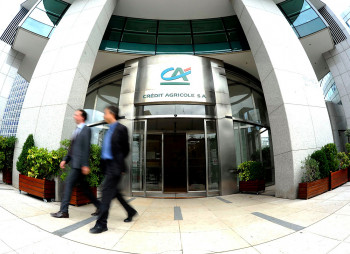 The European Bank for Reconstruction and Development (EBRD) is stepping up its support to Ukrainian exporters and importers, extending an uncommitted trade facility of up to €10 million to Credit Agricole Ukraine (CAU) under its Trade Facilitation Programme (TFP).

CAU, which is part of Credit Agricole Group - Europe’s leading banking group, is a major domestic bank well established in the country since 1993. The bank provides universal banking services for all customer segments. It has a strong position and long-term expertise in servicing global corporate clients operating in Ukraine, supporting agribusiness companies, and financing international trade.

Since its inception in 1999 the TFP has supported over 1,900 trade transactions worth almost €2 billion in Ukraine. 15 Ukrainian banks have been historically engaged in trade transactions under the TFP, covering a variety of export-import contracts between Ukraine and the European Union and even remote countries like Argentina, New Zealand and Vietnam.

Through the TFP, the EBRD not only stimulates regional business, but also provides a unique knowledge-sharing platform for the market professionals. To date the Bank’s Trade Finance e-Learning Programme has had a major impact on the Ukrainian banking sector - over 350 Ukrainian bankers have received scholarships and completed online trade finance training which equipped them with the necessary know-how to conclude more sophisticated trade transactions.

The EBRD is the largest international financial investor in Ukraine. As of 1 January 2016, the Bank had a total cumulative commitment of approximately €12 billion in 355 projects throughout the country.