Vochi has developed an app for creative video editing, leveraging a “unique computer-vision based technology.” Neural networks are used to enable the addition of effects to individual objects in a video on a mobile device – “in real time and without quality loss,” says the startup.

“It can also be a creative person who likes to create fun videos and share those with friends –and of course, it’s basically every smartphone user,” Vochi founder and CEO Ilya Lesun told TechCrunch.

Genesis Investments’s capital injection follows a pre-seed funding round in April 2019 – completed immediately after company launch. The money was brought by Belarusian fund Bulba Ventures, where Lesun had previously worked as product analyst.

Genesis Investments touts itself as having “an extensive experience in creating successful international startups.” Among them is Jiji, an African online marketplace which recently acquired Naspers’ activities in Kenya, Ghana, Uganda and Tanzania.

In December 2019, the fund put $1 million in IntellectoKids, a Russian-founded edtech startup. Just weeks ago, it invested $150,000 in Ukrainian podcast visualization startup Elision. 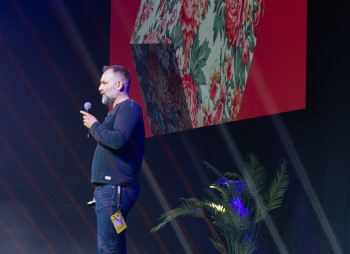