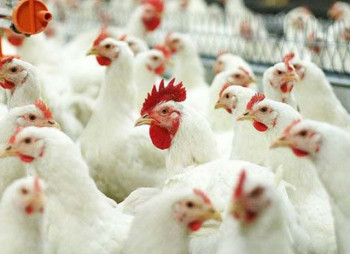 Private investment fund from the Netherlands Safedam has completed the deal on purchasing 20% shares of one of the largest domestic poultry producers Volodym-Volynsk poultry farm. The poultry producer manages TM Chebaturochka.

The raised funds will be channeled into the implementation of the large-scale investment project for the modernization of production facilities at the poultry farm. The value of the project amounts to EUR 25mln.

Safedam, headquartered in Amsterdam, specializes in conservative investments into real estate. It is for the first time that Safedam made investments in food production. At this, the fund has never previously invested into Ukrainian companies.

Volodymyr-Volynsk Poultry Farm is a part of the group of companies OPENMIND. The poultry farm is one of the three largest producers of chicken meat in Ukraine. The company grasps 6% of the local chicken meat market. The factory has 100 poultry houses, a slaughterhouse and a feed mill. The company produces more than 200 tons of poultry meat in live weight daily.

OPENMIND also has a retail chain of craft beer PivoBank and a craft brewery RedCat.