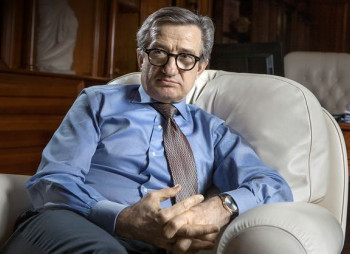 Industrial Development Agency of Poland (IDA) made a buyback deal with Ukrainian tycoon Sergiy Taruta for the shipyard Stocznia Gdanska.

The first stage of negotiations concluded on March 28. The talks were about transferring of ownership rights from the private investor of Stocznia Gdanska and GSG Towers to Polish JSC IDA and the terms of the future deal were negotiated.

Industrial Development Agency of Poland emphasized that the offer for the buyback of shares is strictly commercial.

The deal is pending the correspondent permissions from the anti-monopoly committee of Poland.

To note, Ukrainian businessman and MP Sergiy Taruta is a major shareholder of the shipyard Stocznia Gdanska via its companies associated with Industrial Union of Donbass Corporation (ISD). Industrial Development Agency of Poland owns 19% shares of the shipyard and 50% stake of GSG Towers.