Preply raised $1.3 million to expand its activity across Europe

Preply, a platform to find foreign language tutors for home or Skype lessons, has closed a $1.3 million seed round to fund its expansion across Europe and further R&D activities

The round was led by Mariusz Gralewski and the Hedgehog fund, from Poland, with support from former Booking.com CMO Arthur Kosten and Przemysław Gacek, another Polish business angel. Some of Preply’s existing investors — including venture firms from Poland, Ukraine and Germany — followed on in the round, told Preply’s co-founder and CEO Kirill Bigai.

Founded in Ukraine 2012, the startup Preply initially covered the Russian, Belarussian and Kazakhstani markets. An initial investment of $175,000 was brought in by Vostok Ventures and Value Adding Company as well as business angels Semyon Dukach, Torben Majgaard, Boris Shakhnovich and Vadim Yasinovskiy.

In early 2015, the startup entered the Polish market with a localized version of its website. Now Preply also operates in Mexico and Brazil, in addition to its native Ukrainian and Russian markets.

In mid 2015, Preply entered the acceleration program of TechStars in Berlin, which the US accelerator had just launched. It received $120,000 from the accelerator.

Even though its headquarters are still located in Kyiv (Kiev), the Ukrainian capital, Preply has opened offices in Berlin and Boston support its operations, said Bigai.

So far more than 25,000 tutors have registered on Preply’s platform, according to him. They teach a variety of languages, including English, German, French, Russian, Polish, Ukrainian, Arabic and Chinese, as well as other school or hobby subjects.

Bigai added that Preply has attracted some 70,000 students so far. He declined to disclose the company’s financial results. 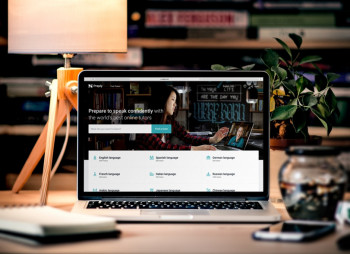 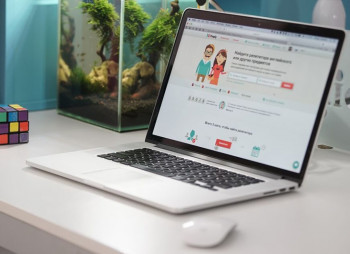