The Chinese stock market crashed after the opening of trading on exchanges, which were closed since January 23, when the New Year holidays began in the country

According to Bloomberg reports, the CSI 300 index, which includes 300 shares traded on the exchanges of Shanghai and Shenzhen, fell by 9.1%, the price of more than 2800 shares fell by more than 10%, the yuan weakened by 1%. The shares of telecommunication, technology and mining companies are falling the most drastically.

Also, three largest commodity exchanges in China have been crashed.

People have never come across such a situation.

“Most people on the market have never come across such a situation; you cannot blame them for needing money at a time when they feel a threat to their health”, said Fang Rui, managing director of Shanghai WuSheng Investment Management Partnership, to Bloomberg.

The Chinese authorities, seeking to ease the panic on the markets, provided more than a trillion yuan of liquidity – 900 billion yuan ($ 129 billion) through a seven-day repo and 300 billion yuan through 14-day contracts at a rate of 2.55%. The People’s Bank of China cut the rate by 10 basis points. Officials are urging investors to evaluate the impact of the coronavirus objectively.

The Marketwatch publication notes that everything is not as bad as it could have been – there were speculations that the Chinese market could fall by more than 10% after opening. The Hong Kong HSI Index is growing at 0.9%, demonstrating investors’ approval of the People's Bank of China measures.

AxiCorp chief market strategist Stephen Innes wrote in his note to investors, quoted by Marketwatch, that the opening in China was generally calm, as an injection of liquidity reassured investors who feared a collapse in opening markets. “Money speaks louder than words when it comes to the whole array of Chinese retail investors”, he writes.

The overall effect of the spread of the virus will be comparable to the trade war, as it causes the same restrictions on the supply of products and services for China and the countries interacting with it. “According to IMF estimates, the losses caused by the trade war amounted to about $ 850 billion, or $ 250 billion per quarter for the global economy. We are dealing with a not so complex virus, so this situation will not last longer than a quarter and, most likely, it will begin to decline by mid-February. That is, the approximate losses will be comparable to $ 250 billion. Given that the Bank of China has already announced the launch of a financing program with the amount of 1.2 trillion yuan, these losses will be replaced by issue funds simply”.

As of February 5, 2020, the number of patients with a pneumonia caused by a new type of coronavirus was 24 324 people in China. The State Committee of the PRC on Health Affairs said that 490 people died. Also, 65 people have died over the past day.

It is also reported that there are 185,000 people in hospitals who have suspected coronavirus.

More than a dozen Chinese provinces extended the New Year vacations until February 9. The vacations are over in the capital of the country, but authorities are urging people to work from home. 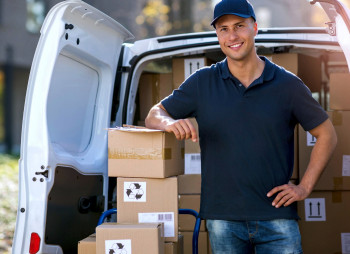 Ukraine is experiencing an investment boom in delivery and logistics