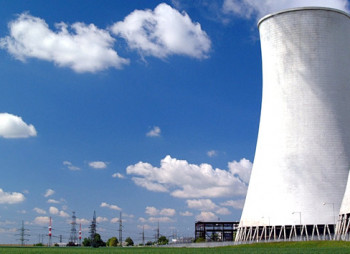 The European Union (EU) has made a €19 million contribution to the Nuclear Safety Account (NSA), one of the nuclear safety funds managed by the European Bank for Reconstruction and Development (EBRD).

The NSA was established at the EBRD at the request of the G7 in 1993 to fund operations to ensure the safety and security of Soviet-designed nuclear power plants. It currently finances the Interim Storage Facility 2 and the Liquid Radioactive Waste Treatment Plant of the decommissioned Chernobyl Nuclear Power Plant.

The EU’s contribution is vital for the support of the Chernobyl spent nuclear fuel facility project, known as ISF-2. The facility has been built and is currently being tested, with an ambitious schedule to start retrieving spent fuel from the old dilapidated storage pond by the end of this year.

The operation of retrieving, processing and ensuring the safe storage of more than 20,000 spent fuel assemblies accumulated during the activity of three nuclear reactors at Chernobyl will take approximately seven years. The facility will be handed over to the Chernobyl operators in 2018.

The EU’s contribution to the NSA was signed today during the Assembly of the NSA donors held in London at the Bank’s Headquarters.

Vince Novak, EBRD Director of the Nuclear Safety Department, said: “In terms of nuclear safety, the completion of this €400 million facility will be a major achievement and a huge step forward in the reduction of radiological hazards. We are very pleased to be able to continue this work to increase nuclear safety and security in eastern Europe”.

The EBRD work on nuclear safety has contributed to the success of one of the most ambitious projects in the history of engineering: securing the site of the 1986 Chernobyl nuclear accident with the giant arch known as the ‘New Safe Confinement’ – the largest moveable land-based structure ever built.

Recently, with EBRD and donor support, the first shipment of spent nuclear fuel left the base in Andreeva Bay in north-west Russia to begin the journey to its final destination, the nuclear reprocessing plant Mayak. This is a crucial milestone in overcoming the legacy of the former Soviet Northern Fleet and its nuclear-powered submarines. Accidents and a lack of funding saw the storage sites contaminated and fall into dereliction – presenting a real risk of radioactive material entering the Barents Sea and the food chain.

The NSA has received some €385 million from donors including: Azerbaijan, Belgium, Canada, Denmark, the European Union, Finland, France, Germany, Italy, Japan, the Netherlands, Norway, Russia, Sweden, Switzerland, the United Kingdom, Ukraine and the United States. In addition, the EBRD has contributed €217 million from its net income for the completion of ISF-2.