Lockheed Martin to buy Sikorsky Aircraft for more than $8 Billion

The purchase, Reuters said, is expected to be announced on Monday, a deal that would end Hartford-based UTC's ownership of the helicopter-maker that dates back to the late 1920s.

Sikorsky, maker of the flagship Black Hawk and the presidential Marine One helicopters, employs 8,000 in Connecticut, its largest plant in Stratford with satellite locations in Bridgeport, Trumbull and Shelton. Overall, its workforce totals 15,000.

Analysts said Sunday they don't expect any immediate threat to Connecticut employment but, over time, there could be a gradual shift in jobs out of the state.

Mark Bobbi, an aerospace analyst and consultant, said he doesn't expect Lockheed to relocate Sikorsky out of Connecticut. But Bobbi does see Lockheed outsourcing more work to low-cost suppliers.

The helicopter maker's sales of $7.4 million in 2014 amounted to about 11 percent of UTC's $66 billion in revenue. But Sikorsky's operating profit margin was the lowest of any UTC division in 2014.

If Lockheed does outsource, it could benefit suppliers in Connecticut, but it also could potentially move work out of the state.

"A lot of work could flow to lower-cost suppliers," Bobbi said.

Richard Aboulafia, an analyst with the Teal Group, said he isn't convinced that Lockheed will make sweeping changes.

"This is a healthy unit with strong prospects," Aboulafia said. "I don't think things will change as much as you might think."

In Stratford, town leaders said they will be watching the effect on the workforce.

"There are always concerns when our largest employer is purchased by another company regarding jobs and possible reductions," Councilman Gavin Forrester said in an email. "But I think, at this point in time, it is far too early to determine if and when there will be any changes of that nature."

Sikorsky would be Lockheed's largest acquisition since it bought Martin Marietta Corp for about $10 billion two decades ago, according to Reuters.

Textron Inc. had submitted a bid for Sikorsky, but dropped out of the bidding after the price rose, according to several sources familiar with the matter, according to Reuters.

Forrester said he was encouraged about the sale, as the town has had negative dealings with Textron in the past. Textron Lycoming, the Stratford-based gas turbine engine builder that was historically one of the largest employers in southern Connecticut, was sold in the mid-1990s to AlliedSignal Corp.

Forrester said the town is still dealing with cleanup of the plant.

Lockheed is a "well-known and respected company," Forrester said, and is an industry leader.

Last week, Pentagon officials said they would carefully evaluate any sale of Sikorsky Aircraft, the U.S. military's largest helicopter supplier, Reuters reported. They said it was important to the department to "maintain competition and avoid market distortions."

According to Reuters, the Defense Department can object to a merger involving its key suppliers during a federal antitrust review, which in this case could be led by the Justice Department.

A sale of Sikorsky has been the source of speculation for more than a year. In March, UTC said it would explore alternatives and by June, it had settled on either a sale or a spinoff to shareholders.

Sikorsky has downsized its workforce in recent years, primarily because of it reliance on the Pentagon budget for most of its business.

UTC executives have said getting out of the helicopter business would allow the company to focus on faster-growing core businesses: aerospace systems and building systems.

Sikorsky has been a part of UTC since the company, then called United Aircraft, came together in the late 1920s. In 1925, Russian immigrant Igor Sikorsky started an aircraft business on Long Island, the same year Frederick Rentschler founded Pratt & Whitney in Hartford.

In the late 1930s, Sikorsky persuaded United Aircraft to let him design and build a helicopter, which he said he could do better and cheaper than early versions made by competitors in other countries. After World War II, military demand for helicopters soared. 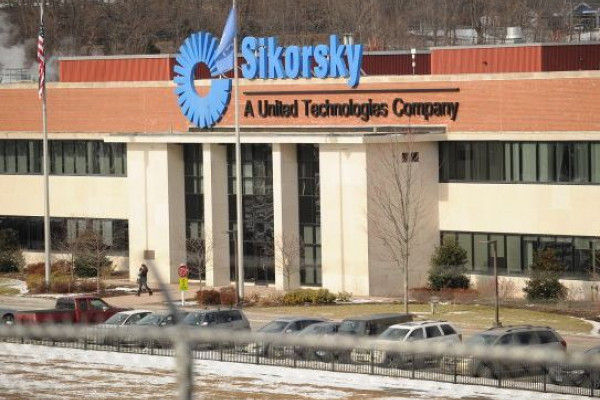 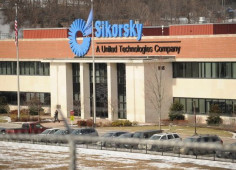 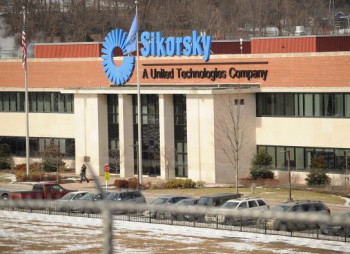