Inna Demchenko, head of the Pravex Bank retail chain and Alexey Oleynikov, managing partner at InVenture are about current trends and prospects of investment cooperation between Ukraine and China

China's economy is growing rapidly, and world experts expect China to overtake the United States in terms of GDP per capita by 2032. All of this only increases the interest of Ukrainian business in cooperation with Chinese investors. Moreover, China has been a capital net exporter for several years now, since the volume of investments abroad exceeds foreign direct investment in China.

Investing in foreign business enables China to strengthen its own economy, as well as strengthen its influence in other countries. On one hand, the Chinese growth strategy of Going Global encourages investment in foreign markets, so companies are expanding their presence actively and are investigating investment opportunities in a number of sectors. But, on the other hand, the Chinese authorities are already worried about the outflow of capital from the country and are beginning to tighten oversight of the investment flows, which leads to the reduction in total investment amount from the country’s side. Potential investors began to take a more cautious approach to the selection of countries/facilities for financing, carefully assessing economic and geopolitical risks.

From 2005 through 2019, the CGIT contains more than 1,600 investments worth $1.2 trillion. It includes 1,700 construction projects worth more than $800 billion. There are 300 troubled transactions valued at close to $400 billion, in which investment or construction was impaired or failed after a commercial agreement was finalized. $9 billion or 1% of total Chinese outward investment has been invested in the Ukrainian economy during 2005-2019.

Prospects and potential of capital outflow from China

Over the course of several years, the direct investment that China channeled to the US economy has been growing steadily and reached a record $ 46 billion in 2016, providing more than 140,000 jobs for Americans, but investment has decreased by almost 10 times by the end of 2018. Against the backdrop of the trade war between China and the United States lasting several years, Chinese investors may utterly have a need to look for new cooperation platforms.

At the end of 2019, Donald Trump agreed to sign a trade deal, which should put an end to the confrontation between the largest giant economies and determine the rules for trade relations with China. Many journalists have already called this agreement "China's surrender", since the Chinese side has agreed to change its trade surplus in favor of the United States by hundreds of billions of dollars, and also accepted all the duties put on their goods. Despite the signing of the trade deal, the penetration of Chinese goods into American markets is still blocked, especially at the local level.

Nevertheless, this state of affairs does not preclude the emergence of interest among Chinese investors in the search for new markets and investment opportunities.

Ukraine attracts China primarily by its proximity to European markets, the ability to begin directly the assembly/production of goods in a large number of factories that are located on the territory of our country.

The main fields of activity in Ukraine that are of interest to Chinese investors include: renewable energy, transport and logistics, agricultural sector, construction.

InVenture is ready to offer full support to Chinese investors in finding entry into promising investment projects in Ukraine.

There may be highlighted some priorities that may spark interest:

The company has a full production cycle: from slaughtering cattle, carving, meat and various meat products manufacture, to sales through its own retail chain.

The meat processing plant’s production capacity and access to the region’s raw material base allows us to consider the asset as an attractive investment offer from the point of view of developing an export-oriented enterprise to meet the increased demand for pork in China, as well as exporting meat and meat products of cattle and chicken.

Prospects for investment cooperation between Ukraine and China

In July 2019, Chinese businessmen met with the President of Ukraine, at which they agreed to implement a number of joint projects with a potential of about $ 10 billion. The projects were to be coordinated by the National Investment Council. Nevertheless, we do not see significant real steps in the development of Sino-Ukrainian relations up to this day, moreover, we observe the absence of a clear strategy for working in this direction – there is no Ukrainian ambassador to China, the head of the inter-parliamentary friendship group is not appointed, etc.

It is known that the President of Ukraine, Volodymyr Zelensky planned to visit Southeast Asia in 2020, it is possible that during the visit questions of prospects for Ukrainian-Chinese cooperation will be also considered.

Chinese, as well as other foreign investors, are turned off by the negative experience of investing in Ukrainian business, the inability to withdraw funds/exit the project without financial losses, features of tax legislation, corruption, the specifics of our worldview, lack of government guarantees, lack of qualified specialists. Therefore, comprehensive programs are needed to improve the investment climate of Ukraine and the country's image in the court of foreigners.

And Ukrainian entrepreneurs who would like to attract Chinese investors often lack the knowledge to make a good offer. There are no entry points for contacting potential investors, as well as due to the lack of government support programs that could help them in this.

In this regard, it is necessary to adopt positive experience of those entrepreneurs who have managed to establish cooperation with Chinese investors. 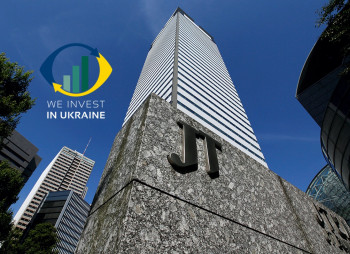 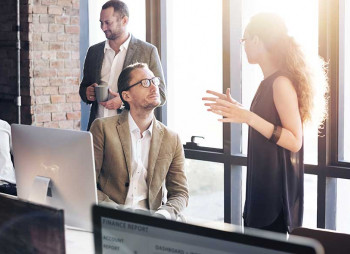 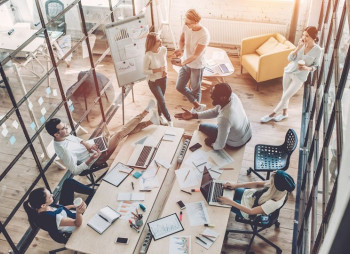