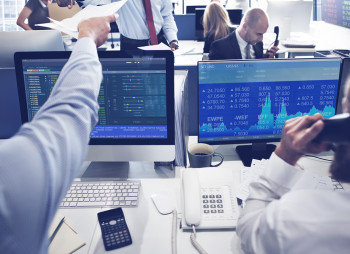 Total assets under management of the 500 largest asset managers in the world rose 15.6% to $93.8 trillion in 2017 from 2016, as the concentration of wealth controlled by the 20 largest firms reached its highest level since 2000, according to a report from Willis Towers Watson.

“Once again, total assets have increased; the rate of growth in 2017 is the biggest since 2009,” Bob Collie, head of research at Willis Towers Watson’s Thinking Ahead Institute, said in a release. “The names at the top of the ranking are familiar names. There’s greater concentration in the biggest names.”

The assets managed by the 20 largest managers account for more than 43% of the top 500 managers’ total assets under management. BlackRock is still the big dog on the block by far with $6.29 trillion assets under management, and has maintained the top spot among mangers since 2008, followed by Vanguard with $4.94 trillion, and State Street with $2.78 trillion. It is the fourth consecutive year with the same top three managers. Fidelity Investments came in fourth with $2.45 trillion, followed by Allianz Group—the largest manager outside the US—with $2.36 trillion.

The report found that 81% of managers surveyed reported an increase in client interest in sustainable investing, while 74% increased resources to deal with technology and big data. Nearly two-thirds of firms surveyed had increased the number of product offerings during 2017, while 60% reported an increase in the level of regulatory oversight, according to the research.

“On the surface, the numbers might appear to tell a story of steady growth and of stability,” said Collie. “But when you look at broader developments within and beyond the industry, there are signs that the industry is facing significant change.”

“There is a confluence of global trends—including demographic, economic, environmental and social pressures—that are combining to create a period of potentially massive disruption for the industry,” said Collie. “The implications go well beyond the investment process. These changes affect business models, people models, operating models and distribution models as well.”