What types of assets is Peter Thiel's Founders Fund investing in?

If you aren’t already familiar with Peter Thiel, you should be

A seasoned venture capitalist and entrepreneur, Thiel co-founded Paypal and stayed on through its $1.5 billion sale to eBay in 2002. Since then, Thiel has been involved with the hedge fund he founded, Clarium Capital Management, and analytic-software-company Palantir Technologies.

Most recently, Thiel has been involved in the launch of Founders Fund, a venture-capital fund presumptively focusing on science, engineering and technology solutions, along with with Paypal partners Ken Howery and Luke Nosek. Drawing on his experience as a venture capitalist in a personal capacity, Founders Fund aims to “invest in smart people solving difficult problems.”

Given Thiel’s recognition by the World Economic Forum as a Young Global Leader and by BusinessWeek as one of the "25 Most Influential People on the Web," he’s one of those guys that savvy business owners know to follow. Now, thanks to some insightful data provided by Mattermark, we can see exactly what his Founders Fund is investing in:

Based on Mattermark’s analysis, we can see that Thiel’s investments have occurred primarily in opportunities deemed as having high growth momentum, with heavier investments in the social networking, ecommerce and mobile industries. Rounding out the list are investment opportunities in the finance, analytics, healthcare and enterprise-software verticals.

Founders Fund appears to invest most heavily in companies based in the Bay area, though this is likely due more to the number of opportunities found in that area than to any geographic preference. The fund is also actively investing in New York, Los Angeles, Seattle, Boston, San Diego, Berlin and other cities around the world.

What can you learn from Mattermark’s data?

Mattermark’s profile of Thiel’s venture-capital investments made through his Founders Fund gives other entrepreneurs who anticipate going after funding to grow their businesses some important insight into the process.

If your Bay Area startup involves a social-networking component that serves B2B customers and is seeking series A funding, you may be a perfect candidate for fundraising opportunities with Founders Fund. If not, don’t worry! There’s a better fit out there for you.

That said, as you seek funding, consider the advice given by Brad Feld and Jason Mendelson in their book, Venture Deals, about looking for specific partners vs. targeting firms as a whole. They explain that partners within a given firm can have vastly different experiences and interests, even if the firm purports to having the same investment goals overall.

Founder and CEO of The Resumator Don Charlton took this approach, stating:

“Even though we had high-profile clients such as Tumblr, Pinterest, Klout, Bit.ly, Mashable and Evernote, I knew that raising our B round was going to be time-consuming. By comparing notes with a couple of other CEOs who were also raising money, I was able to short-circuit a number of potentially dead-end meetings. VCs frequently collude, it’s only fair that entrepreneurs compare notes every now and again as well.”

If you have a chance to read through the extensive Founders Fund manifesto, you’ll see that the firm is generally interested in the technologies of the future, primarily those involved in solving major science and engineering challenges.

Yet the data suggests that the firm’s chief investment activities have involved startups with a social-networking focus. In fact, enterprise software, one of the investment opportunities highlighted by the firm’s manifesto, has secured only half the investments as social-media startups.

Now, imagine that you were a social-network company looking for funding from Founders Fund. If you based your decision on the firm’s manifesto alone, you might choose not to pursue that particular avenue, even though the actual data suggests that your odds of securing funding are higher than the odds of those in other verticals.

Does that mean that you should go after any VC you can find, stated investment goals be damned? Of course not. Reaching out to anyone and everyone is going to waste your time, as well as the time of the investors you definitely don’t want to annoy.

Don’t limit yourself to funders whose stated goals match those of your startup. If your due diligence, the conversations you have with other CEOs or any other factors lead you to believe that there’s an opportunity where you wouldn’t have expected, don’t be afraid to follow up just because you don’t seem to be a perfect candidate for the VC’s vision. 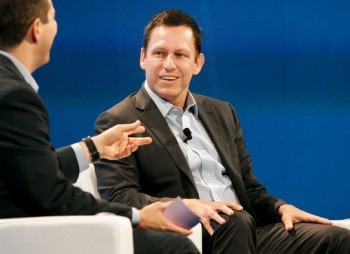 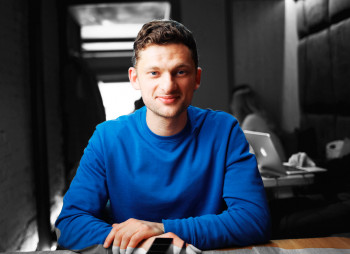 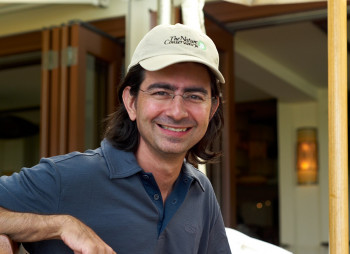