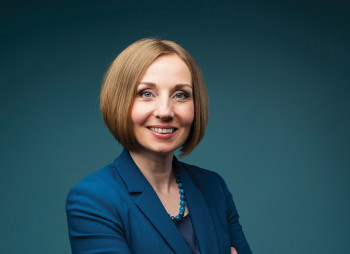 Olha Bosak / AICE Hydro
Olha Bosak is a Board Member of AICE Hydro and the founder of Energy Salon XXI: "Renewables offer attractive returns for investors and also bring the promise of enhanced energy security for Ukraine"

When we talk about Ukraine’s renewable energy potential, the very first thing to consider is size. Ukraine is Europe’s largest country. It is rich in rivers and lakes, forests and steppe. The continental climate of Ukraine, with its warm summers and freezing winters, makes it attractive for wind, hydro, solar and biomass energy. Ukraine enjoys more than 290 sunny days per year. It boasts particularly strong winds in spring. The climate in the coastal regions of the Black Sea and Azov Sea offers a good mix of sea breezes and the dry climate of the steppe.

Ukraine is also uniquely fertile, with agricultural lands covering 70% of the country, or approximately 41.5 million hectares. This makes Ukraine’s bioenergy potential obvious. Indeed, according to forecasts from the International Energy Agency, bioenergy represents 32% of Ukraine’s potential future renewable energy production. Given the massive amounts of agricultural and industrial waste produced in today’s Ukraine, there are reasonable expectations for significant bioenergy sector increases in the coming years. Growth in this sector is already impressive, standing at around 33% per year. No wonder the Energy Post rates Ukraine as having the best biomass/biogas power production potential in the entire region. Meanwhile, the International Renewable Energy Agency, an intergovernmental organization supporting countries in their transition towards a sustainable energy future, estimates that Ukraine also has particularly large potential for solar and wind energy. These positive assessments of the country’s renewables capacity are broadly in line with Kyiv’s own vision for the development of the sector. Current plans envisage an increase in the share of renewables within the country’s overall energy mix to 25% by 2035, with some industry observers estimating that far higher percentages are entirely feasible.

The term “renewable energy sources” was first defined in Ukraine 25 years ago, which gives an indication of how relatively new the concept is to the country. Despite the current hype surrounding renewable energy, Ukraine is still heavily dependent on nuclear energy and fossil fuels, with around half of all electricity supplies coming via the country’s nuclear power stations and 40% generated by coal. Ukraine’s nuclear power sector remains reliant on Russia for fuel and other services, but this relationship is now in decline thanks to growing cooperation with Westinghouse. Similar efforts are also underway in the gas sector, where Ukraine has traditionally been vulnerable to Russian pressure. Ukraine’s efforts to reduce energy dependence on Russia make the development of renewables particularly important. The structural changes that are currently underway in Ukraine’s energy sector lay the groundwork for the country’s future prosperity. They also pave the way for its economic and geopolitical independence.

Political statements and legislative changes in recent years have repeatedly demonstrated Ukraine’s commitment to energy sector reforms and support for renewables. However, the country’s renewable energy policy remains very much a work in progress. Most analysts agree that further changes are required to create a suitable support system for renewables, such as the introduction of more efficient market mechanisms that will help balance energy generation and demand within the national power system.
The adoption in 2017 of an Electricity Market Law was widely seen as a positive step for the development of Ukraine’s renewable energy sector, serving to help define the role of renewables in the new electricity market. Further important steps currently underway include the launch of a national electricity market and the introduction of an auction system for future renewables projects. In May 2019, the law governing competitive conditions for electricity production and alternative energy resources came into force. The government must now develop a more detailed procedure for auctions that will manage potential risks and eliminate scope for abuses.

Ukraine’s renewables sector has been one of the key focuses of international investment into the country over the past three years. For example, Norwegian companies Scatec Solar and NBT AS are among the largest investors in Ukraine’s renewable energy industry. The European Bank for Reconstruction and Development (EBRD) co-finances a 30MW solar plant in the Cherkasy region constructed by the Norwegian solar developer Scatec Solar and a 250 MW windfarm in the Kherson region constructed by the local developer SyvashEnergoProm and co-owned by renewable energy groups Total Eren of France and NBT of Norway. In addition to EBRD financial support for the sector, the Green for Growth Fund, the Netherlands Development Finance Company, and the Nordic Environment Finance Corporation all also provide funding.
I recently launched the Energy Salon XXI to serve as a cross-sector network that can build much-needed bridges between international investors and local stakeholders. We held the first Energy Salon XXI event earlier this summer, hosted by Olha Bosak Management Consulting together with Dentons law firm in cooperation with Norwegian companies Scatec Solar and NBT. The aim of this initiative is to open up new business opportunities while improving dialogue.

International investment in Ukrainian renewable energy projects can be mutually beneficial for both Ukraine and the many individual international companies entering the Ukrainian market. By developing the renewable energy market, Ukraine can achieve the strategic goal of diversifying its energy sources, leading to greater energy security and independence. The involvement of international investors also offers clear benefits for the national economy, creating jobs and passing on valuable knowhow while generating business for local companies.

For more than a century, coal, petroleum, and natural gas have fuelled the world. We are currently going through a period of historic transition. Few would now doubt that renewables are the energy source of the future. A lively global discussion continues over the right balance between fossil fuels and nuclear power on the one hand, and renewable sources such as hydropower, solar, wind, geothermal and biomass energy. As one of Europe’s largest energy markets and biggest consumers, Ukraine has an important role to play in this ongoing debate.

Despite the fact that Ukraine is something of a newcomer to the renewable energy market, the country can still play a revolutionary role in its development. Growth rates in the sector are impressive, with a recent overview by the National Commission for State Energy and Public Utilities Regulation finding that Ukraine launched 71 MW of wind power plants, 568.3 MW of solar power plants, and 16 MW of biogas plants during the second quarter of 2019 alone. This is part of a six-fold increase in the country’s renewable energy capacity in recent years.

If Ukraine’s renewables sector continues to grow at this pace, a major transition in the country’s power sector is inevitable. Much will depend on the continued existence of the requisite political will, along with the effective implementation of legislation governing key areas such as the country’s electricity market and auctions for renewables projects. International institutions including the EBRD have already demonstrated their confidence in the development of the Ukrainian renewables sector. While renewables currently account for approximately 1.8% of the country’s electricity production, this means business opportunities to foster growth are correspondingly high. As with many areas of the Ukrainian economy, there is a sense that those who join the early waves of investment into the renewables sector will enjoy the greatest rewards. 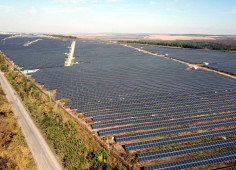 It is right time for investment in renewable energy in Ukraine 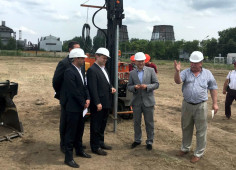 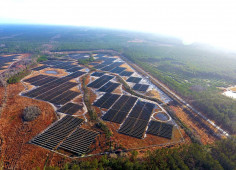 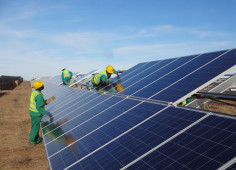