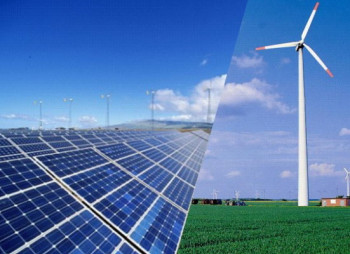 The report concludes that, so far, it’s been difficult for investors to get a clear view of the opportunities, business models and most suitable markets when it comes to energy storage. To change this, and increase funding for accelerated activity across the storage asset life cycle, the market must highlight the various entry points for investors and focus on creating an investable asset class for storage products that delivers the necessary returns.

Ben Warren, EY’s Global Power & Utilities Corporate Finance Leader and RECAI Chief Editor, says: “With a number of storage technologies already proven and costs falling fast, we must stop thinking about storage as something that will arrive tomorrow. It arrived yesterday and the game is already changing. It’s time to start viewing storage as just another energy asset that generates long-term predictable revenues and needs competitive and appropriate construction capital solutions.”

Energy storage technology will inevitably become a cornerstone of the energy transformation currently underway in the Mediterranean region. With unsustainably high unemployment and a lack of secure affordable energy a common theme across the entire region, the report highlights how a more strategic focus on energy security can be a catalyst for broader economic and societal benefits.

This view emerged from a group of high-profile energy experts speaking at the  recent EY Strategic Growth® Forum in Rome, which convened more than 600 CEOs, policymakers, investors and entrepreneurs to explore how to unlock the potential of the Mediterranean region.

Warren says: “The Mediterranean region can use energy as a way of securing its own future. But to achieve this, policymakers must level the playing field, the industry must drive down cost and investors must be willing to innovate. Clear objectives to accelerate renewable energy capacity build-out — which is quickly becoming the most cost-effective way to tackle energy security issues — combined with the effective deployment of storage technologies, will undoubtedly shape the investment attractiveness of different markets in the months and years ahead.”

While China's number one position prevents a rise up the rankings, recent positive developments are still worthy of note. Particularly as March saw the Government publish the first detailed plan on electricity market reform in over a decade, seeking to liberalize the sector. The latest forecasts project more than 100GW of additional onshore wind capacity over the next four years, while the Government has also increased the solar capacity eligible for subsidies in 2015 from 15GW to 17.8GW.

India continues its climb up the index, replacing Japan in fourth place. The latest forecasts estimate around 13GW and 10GW of new wind and solar capacity respectively over the next four years alone, while policy targeting 1GW of geothermal capacity by 2022 is currently being drafted as the first phase of a potential 10GW plan. The Government also plans to increase the renewable purchase obligation of large power distributors from 3% to 8%.

Poland’s new legislation shifting to auction-awarded FITs and premiums from 1 January 2016 was finally signed into law in March, providing the market with a greater degree of policy stability. While the latest wind forecasts of 1.5GW to 2.3GW new capacity in the coming years will inevitably assume a rush to secure green certificates, the figures are still encouraging for a market previously paralyzed by policy uncertainty.

Reports that Romania’s cabinet is in talks with the energy market regulator and private sector to determine possible changes to the support program that would make renewables investments “profitable again” suggest a more positive outlook for the market. While market analysts remain divided on the outlook, with near-term wind forecasts ranging 600-2,100MW and additional solar capacity of 300-500MW, these are still relatively encouraging figures given the recent investment stalemate.

Egypt has moved up to 37th place following its re-entry in Issue 43, reflecting its stable and attractive support regime and rapidly growing project pipeline. Developers have barely paused for breath since the country unveiled its 4.3GW renewables program, while Government has also signed agreements with four international consortia in recent months to develop a further 9GW of capacity.

Konstantin Taranets, ‎Senior consultant, Cleantech and Sustainability Services, EY in Ukraine: “Ukraine still remains outside of the top 40 countries of the Index because of economic and political instability, and low investment activity. Despite this, it is expected that the recent legislative initiatives (Bill No 2010-d "On amendments to certain laws of Ukraine to ensure competitive conditions for the production of electricity from alternative energy sources"), which ensure investment attractiveness of such projects, will send out a positive signal to investors and will improve the situation in the sector”.

The RECAI report ranks its 40 entries on the attractiveness of their renewable energy investment and deployment opportunities, based on a number of macro, energy market and technology-specific indicators. 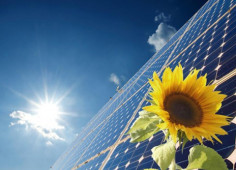