The parties do not disclose the value of the deal.  The company informs that three investors took part in the investment round.

Initially, Kray Technologies was founded in October 2015. At that time, the startup was a volunteer project to develop a spying unmanned aerial vehicle (UAV) for the Ukrainian army.

A number of 17 employees work in Kray Technologies. The raised funds will be channeled into the serial production of agricultural UAVs.

Developers of Kray Technologies argue that their drones possess the highest performance capability, load lifting capacity and speed limits in their class.

Kray drones are capable of spraying approximately 70% of the available plant protection chemicals and growth regulators used in agriculture. The drones are equipped with various sensors, a lidar for high speed data acquisition of a surface topology in particular, GPS, etc. The weight of a drone is 35kg, and its airspeed can reach 110 km per hour. As a result, the production capacity of the agricultural UAV stands at 500 hectares a day. 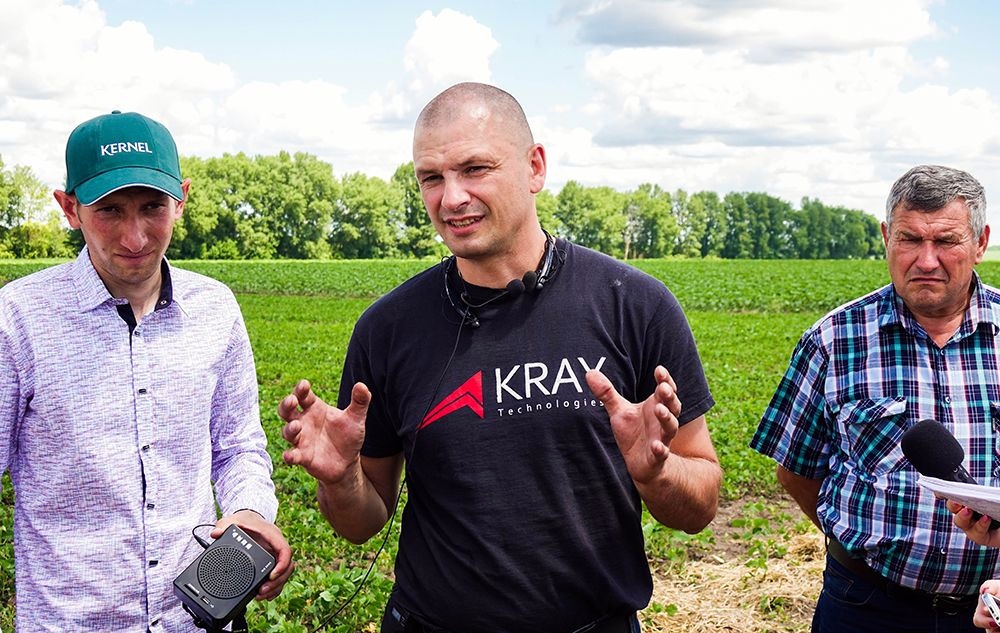 Founder of Kray Technologies, Dmitriy Surdu believes that the American market of agrarian drones is very large, and the product offer of his company is unique both in terms of load lifting capacity and in terms of efficiency. At the same time, the management of the startup company targets domestic market too, as Ukrainian farmers already made requests for demo flights too.