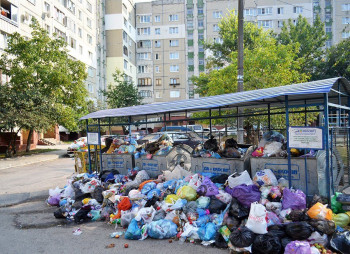 The western Ukrainian municipality of Lviv will receive a financing package of up to €35 million arranged by the EBRD to address long-standing solid waste management issues.

In doing so, it becomes the first Ukrainian city to join the Bank’s Green Cities Framework. This Framework offers a comprehensive business model for green urban development, combining strategic planning with investments and associated technical assistance. As such Lviv will over the next 12 months be implementing a Green City Action Plan (GCAP) in order to identify and prioritize green municipal investments and necessary policy reforms.

A 13-year municipally guaranteed loan of €20 million from the EBRD will be complemented by an investment grant of up to €10 million from the Eastern Europe Energy Efficiency and Environment Partnership (E5P), to which the European Union (EU) is the largest contributor, and a €5 million concessional loan from the Climate Investment Funds’ Clean Technology Fund (CTF).

The funds will be used to support the rehabilitation of the Hrybovychi landfill and the construction of a municipal solid waste mechanical biological treatment plant in Lviv reducing greenhouse-gas emissions by approximately 141,500 tonnes of CO2 equivalent per year. The city will also adopt better recycling and waste management practices. A UNESCO protected city with a renowned cultural heritage, Lviv has over 750,000 inhabitants and is the administrative and touristic centre of the western part of the country.

The project is also the first to be implemented in the context of Ukraine’s National Solid Waste Management Strategy, designed and developed jointly with the EBRD and supported through the Ukraine Stabilisation and Sustainable Growth Multi-donor Account (supported by  Denmark, Finland, France, Germany, Italy, Japan, the Netherlands, Poland, Sweden, Switzerland, the United Kingdom, the United States and the European Union, the largest donor).

Technical support for the project’s feasibility study was provided by the government of France.

The EBRD is the largest international financial investor in Ukraine. To date, the Bank has made a cumulative commitment of almost €12.1 billion across some 400 projects since the start of its operations in the country in 1993. 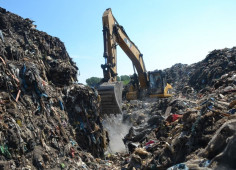