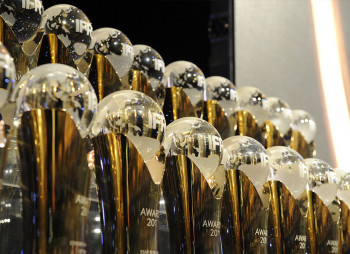 As well as new notes, the deal included a tender offer and consent solicitation that were designed to put a difficult few years for the company behind it.

As a result of Russia’s invasion of the Crimea, Metinvest (B–/B) had to go through a debt restructuring between 2015 and 2017.

The outcome of the restructuring meant that the bulk of the company’s debt portfolio consisted of two instruments: US$1.2bn of 9.3725% secured PIK Eurobonds due December 2021 and a US$1.1bn secured pre-export financing facility.

The two instruments shared the same security, the same cash sweep and other technical structural elements. However, for both the company and bondholders, the nature of the debt was troublesome.

There was, for example, a very high refinancing risk as both the bonds and the PXF facility were due to mature in 2021. Bondholders, moreover, were subordinate to the creditors of the PXF. Another problem for investors was that from 2019, the cash coupon on the bonds was to be converted into part PIKs.

Metinvest’s management was keen on refinancing both instruments on market terms.

In order to do so, however, it had to overcome a number of hurdles. It needed an agreement with the lending banks to refinance the PXF. It also had to get agreement with investors to swap their positions in the old bonds with new bonds through a tender offer and parallel new issuance to fund the buy-back.

The company also had to find a solution to any outstanding old bonds that were not put forward for tender to align the economic and contractual terms of those 2021 notes with those of the contemplated new issue.

Proposed amendments included the removal of common security and cash sweep; conversion of the coupon to fixed cash format; and a softening of covenants in line with the new issue.

All the parts were interlinked and failure of any single element would have meant the entire transaction could have collapsed. However, it succeeded in all aspects.

The tender generated a remarkable 90% participation rate by the early deadline, enabling Metinvest to buy back just over US$1bn of the 2021s, while 97% of existing holders expressed their support for the consent.

But more than that, the deal helped Metinvest lower its average cost of debt and mitigate refinancing risk. Meanwhile, excess proceeds from the new issue were directed to pre-finance a portion of the PXF.

Deutsche Bank and ING were the global coordinators and were joined on the books by Natixis and UniCredit.