What are the reasons of the growing foreign investments into the agricultural sector of Ukraine and what were the most remarkable projects of the industry in 2016?

The volumes of capital investments into Ukrainian agriculture, and grain logistics increased by 73.8% y/y amounting to UAH 17 bln in H1/2016.

Taras Vysotsky, the CEO of Ukrainian Agribusiness Club, "During 2014-2015, the pent-up investment demand was created because of macroeconomic situation and political environment which were not favorable in Ukraine those days. Investors and farmers actually suspended their investment activities during those two years. They conducted their business operations maily focusing to reduce spending on operating costs. Those circumstances has shaped a certain investment demand. But in the current year there was a certain sense of stability. Also, the first signs of improvement was shown at the political stage. As a result, the investors started to meet the pent-up investment demand at instant. Apparantly, the activation of investment activities in 2016 is the result of suspending investments during the previous years.

Traditionally, the most developed section of Ukrainian agribusiness is grain logistics sector - port facilities, elevators, and reloading terminals. There are also investments into fruits (juices) and vegetables processing facilities." 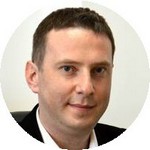 Alexey Oleynikov, managing partner of InVenture Investment Group, "Agriculture accounts for 14.2% of the total capital investment into the national economy. The investment growth in agriculture is a result of some actual macroeconomic stabilization in Ukraine in 2015-2016. A positive factor is the gradual liberalization and easing of administrative restrictions imposed by the National Bank of Ukraine. In particular, the regulator has lessened the requirements for the mandatory sale of foreign currencies for the exporters from 75% to 65%. The currency board also partially lifted the ban on repatriation of dividends.

At the micro level, InVenture Investment Group noticed an interest from both domestic and foreign investors who were looking for attractive assets to make investments in the agricultural sector. We have specific requests for agricultural companies with land banks, berry farms, orchards and greenhouses, as well as grain elevators and terminals, especially at rivers or seas."

Vladislava Rutitskaya, adviser to the minister of agriculture of Ukraine, "The reasons for a spike in investment activity are several. First of all Ukraine has a large agricultural market. Secondly, our country is one of the most cost-competitive bases in Europe. Thirdly, we have a huge potential for growth. Fourth, present time is the perfect one to invest into the Ukrainian potential due to cheap quotations on projects. It's no secret that Ukraine is the largest country in Europe and it has the largest resources of black soil.  From these points the current flow of investment come into effect upon infrastructural projects. In comparison to China, Ukraine is on the border with Europe, and during one day our goods enter the EU.

The largest foreign investments in the Ukrainian agribusiness

Such international traders like Bunge, Cofco, Cargill and others did manifest their intentions to invest in the agricultural sector of Ukraine.

In June 2016, Bunge opened its production and transshipment facility in Nikolaev to the tune of USD 180mln of investments, topping the list of the foreign investments in the Ukrainian agricultural sector.

Also in February 2016, the US Cargill signed USD 100 investment agreement with MV Cargo, which carries its operations in the maritime trading port 'Yuzhny' of Odessa region. Some means will be channeled for the construction of a grain terminal.

The financial corporation IFC, which has invested USD 95mln into "Kernel" made the third largest investment project of the sector.

In the 4th place stands Cofco Corporation (China) with its grain terminal worth USD 75mln in Nikolaev port. The company plans to continue and mulls to implement new projects in Ukraine.

As a top five foreign investor in agribusiness of Ukraine this year stands Swiss company Risoil S.A. which established the terminal for exporting of sunflower oil from the Black Sea port in March 2016.

Top list of the largest foreign investments into Ukraine’s agribusiness

The Industrial and Transshipping Complex of Bunge Ukraine includes grain drying and technological storage facility, as well as one of the largest oil recycling plants in Ukraine, and oil exporting terminal. Bunge Ukraine is a part of the US Bunge, a leading transnational agribusiness and food company operating in more than 40 countries. 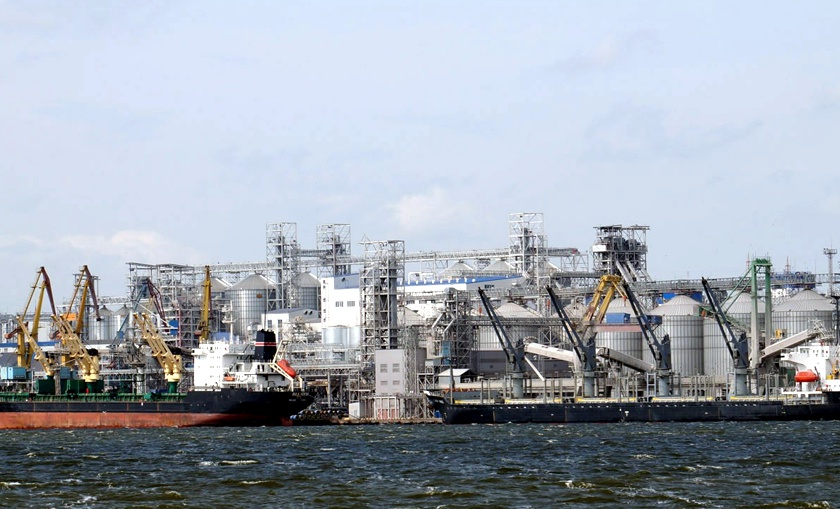 The terminal with a capacity of 2mln tons was opened at Nikolayev seaport erected upon pier 1 and pier 2. The construction continued during 20 months, from August 2014 until April 2016. The complex has two grain silos with bins capacity of 120 000tons. At the complex, there are truck and railways unloading facilities with a receiving capacity of 10 000 tons. China's state-owned grain trading company Cofco Corporation is a major shareholder of Cofco Ukraine. In 2015, Cofco Agri made sales amounting to USD 16.9bn, while the group’s global turnover reached 47mln tons of products. Cofco Agri in Ukraine manages elevators, oil-extracting factory, and the grains exporting terminal. In 2015 Cofco Agri exported 2.4mln tons of grains, of which 1 mln tons went to China. 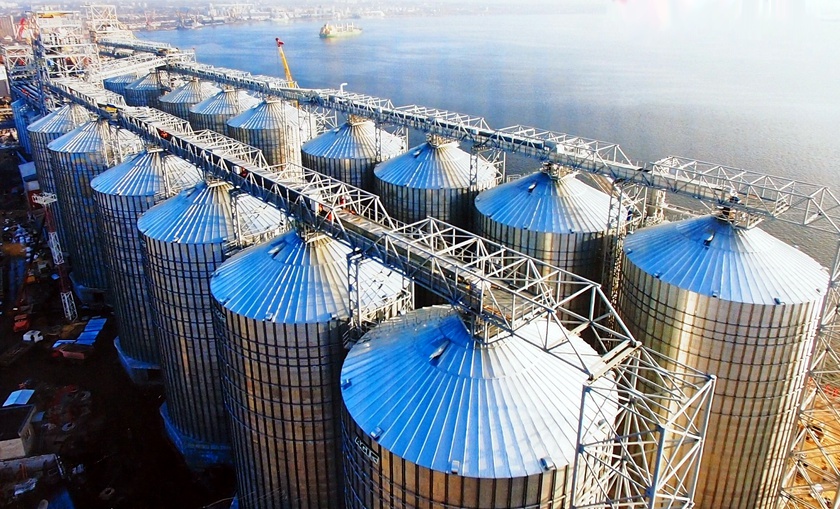 There is 30 000tons grains storage facility at the terminal with a capacity of 700 000 tons a year. There 13 silos sizing 85 000 tons of grains in a single time. The company plans to erect 9 more 125 000 tons silos with the rail feed for unloading of the railways cars. RISOIL S.A. was founded in 2000 in Geneva, Switzerland.

The company services include logistics of vegetable oils, bulk and general cargoes in the ports of the Black Sea; manufacturing and distribution of vegetable oils; storage of grains and oilseeds in containers; and storage and processing of agricultural products in general. 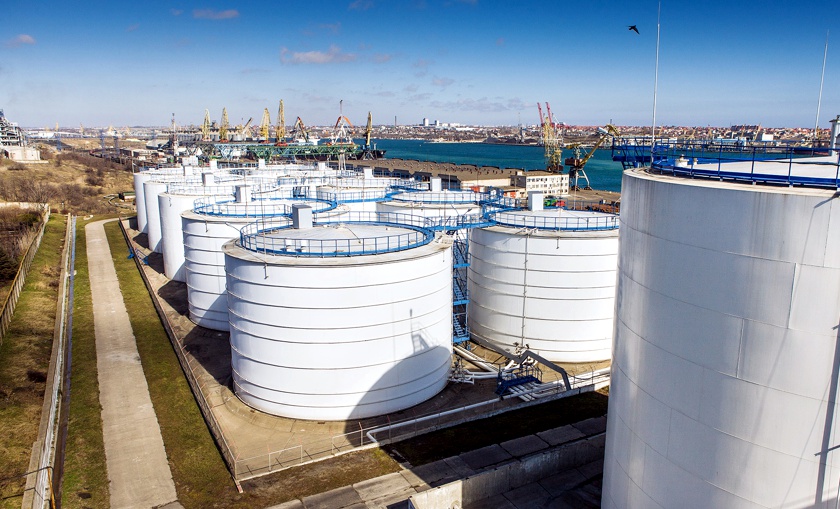 The British-Dutch Uniliver launched tea packaging enterprise in Gostomel city, Ukraine. The projected capacity of the facility is 2 000 tons of tea, or 8 packages per second. The facility will make branded tea for Ukrainian market, as well as for exports. The construction works continued for 9 months. Uniliver is a multinational company specializing in personal care products and cleaning detergents, as well as food and beverages. Similar tea packaging enterprise Unilever has in Russian Saint Petersburg. 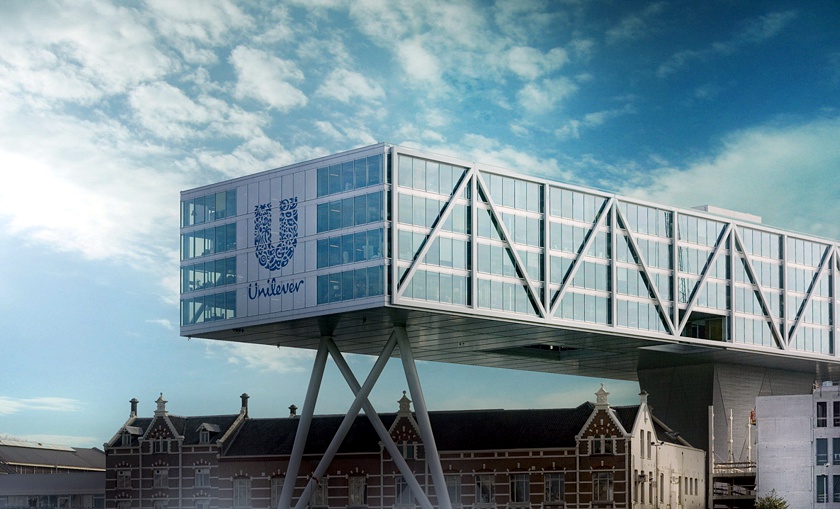 Facility:  A production plant of ingredients for bread baking and confectionary industry in Odessa region

The Belgian Puratos started construction in autumn 2015 and installed the latest technologies and equipment at the plant. Puratos plans not only to produce for the local market needs but also to export around 40% of the produce. Puratos is an international group offering a full range of innovative products, raw materials and application expertise to the bakery, patisserie and chocolate sectors. The headquarters are near Brussels (Belgium), where the company was founded in 1919. 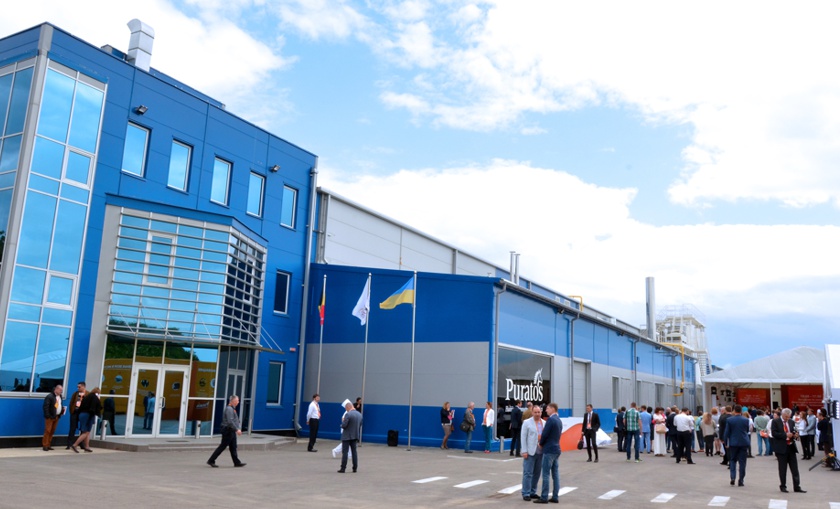 InVenture Investment Group offers a range of buyside and sellside M&A services in a range of industries, development and implementation of investment strategies, and private banking.