The owners of the shopping center, which is due to open next year, will remain Dmitry Firtash and Vitaly Khomutynnik

According to three sources of the newspaper NV Business, businessman Pavel Fuks is no longer the holder of a share in the shopping and entertainment center Respublika, which, according to their data, was 25%. This block of shares passed to Dmitry Firtash, who increased his stake from 50% to 75%.

The oligarch's partner is the ex-deputy from the Revival party Vitaly Khomutynnik. Together they are preparing to launch a shopping center with an area of ​​about 300 thousand square meters approximately in the second half of 2021.

The management of the shopping and entertainment center did not give any comments on Pavel Fuks leaving the ownership structure. 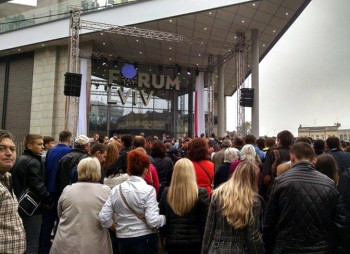