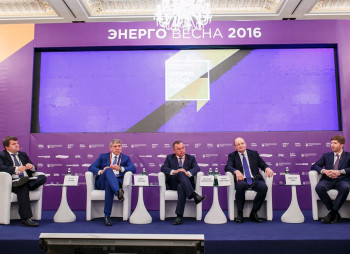 Strategic and geopolitical investments into Ukraine are knocking on doors

Fairmont Grand Hotel hosted the energy congress organized by Nobles Fortune where remarkable representatives of local business community, international investors and government officials have met. The participants of the large venue highlighted broad spectrum of energy issues, namely: electricity generation and exports; natural gas extraction and gas hubbing in Ukraine for the EU needs; coal industry and prospects  of fossil-fuel power stations; renewable energy sector; energy efficiency and other. Meantime, the major challenges and prospects for the industry are, as follows: entering the EU markets; deregulation of the internal market; unbundling of the country’s energy major NJSC Naftogaz of Ukraine and privatization of its companies; tariff approaches and pricing; application of advanced technology; green energy; ecological obligations under Paris climate deal. 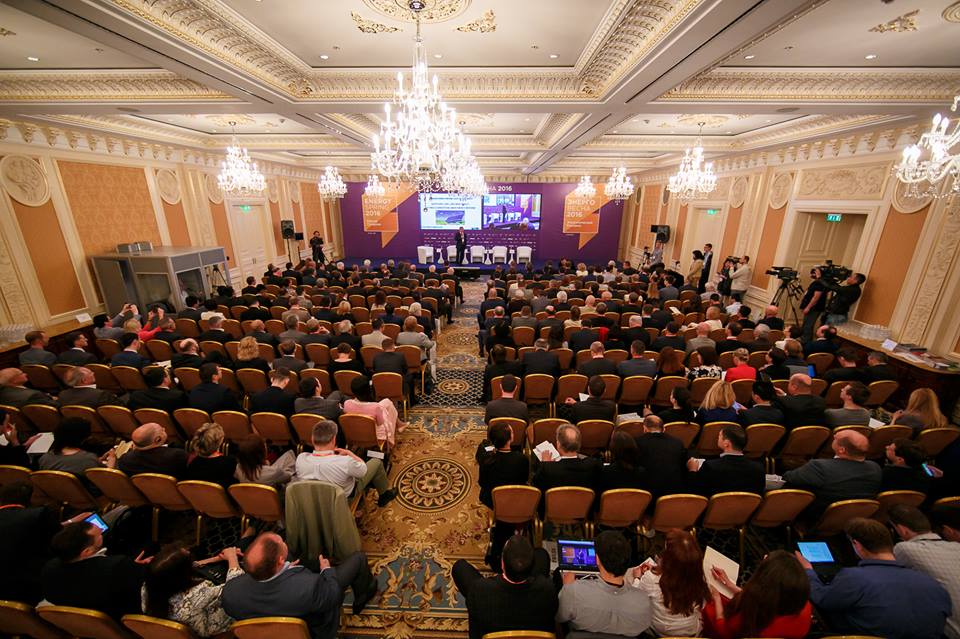 Needless to say, Ukraine has a capacity for electricity exports. Nowadays, the complexity with this lies in the fossil-fuel power stations which supply for the Western directions from Ukraine. To remind, Ukraine (being an exporting country before) started to import coal used in electricity production due to military movements in Donbass region, where major coalmines are located. As a result, economic feasibility was under question and Ukraine lost Moldavian and Belorussian markets, while unprofitable electricity exports (for not to exit markets) to Poland, Hungary and Romania contracted significantly last year. Seemingly, Ukraine has to reduce heat electricity generation oriented on Western markets. Despite the tough conditions, exports to the EU are in the scope:

“Electricity generation in Poland by 90% depends upon fossil-fuel power stations burning coal of Polish mines, or hydrocarbons imported from Russia for hundred millions of dollars. Meantime, energy mix of Ukrainian electricity generation is unique and balanced, where 56% of electricity is produced by nuclear power plants. You will not find a country in entire Central and Eastern Europe which has something like this in Ukraine. At this, Ukrainian engineers are top-notch and world-class experts in the field. You have to apply your competitive advantages. Maybe, someone doesn’t know but the largest nuclear plant in the CEE region is located in Zaporizhya city of Ukraine.

Recently, Russian Federation and Rosatom introduced a project of construction of a nuclear power plant in Lipetsk (Belarus) for the needs of the CEE region. We, in turn, stand for an investment project to build third and fourth reactors at Khmelnitsk Nuclear Power Plant and export electricity via power line to Polish Zheshuv, which can be partly refurbished and erected in the frames of the project “Ukraine-EU Energy Bridge”. There is a stable and effective demand in the CEE. The electricity prices in the EU are two times higher than in the USA.  Just consider this, the price of 1 MW from Ukrainian "Centrenergo." Stands at $ 60 thousands, while in Europe - $ 1.5 mln, that is, the price is 25 times higher! Where in the world is such a strong investment potential? Yes, Ukraine spends money on war, and yet it’s a shame that such opportunities are not realized, "says Grzegorz Stanislawski, vice-president of" Polenergia SA” 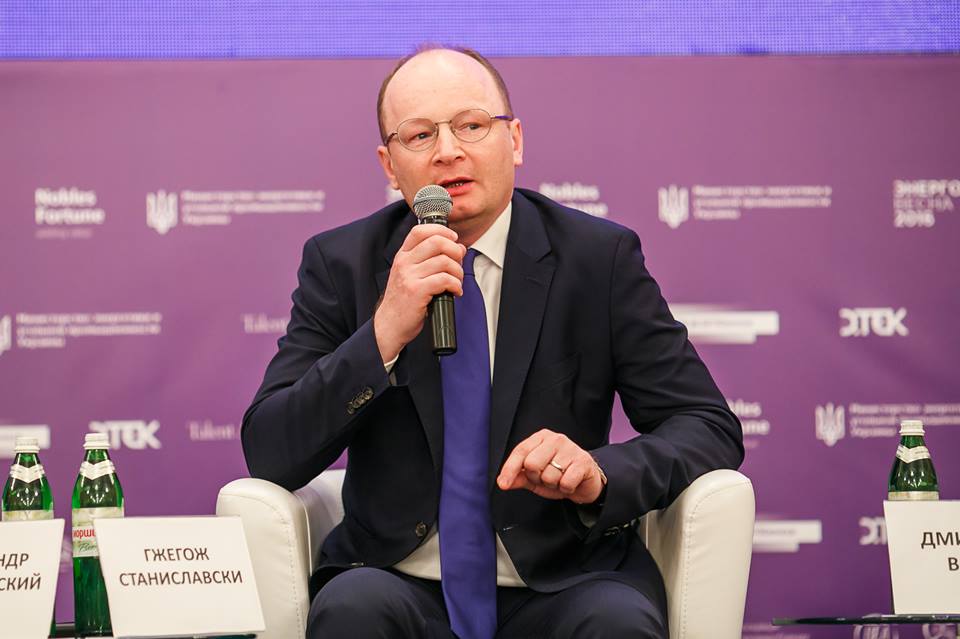 It should be noted that Barclays is ready to provide a loan under export contracts aimed at reconstruction and erection of the power lines from Khmelnytski Nuclear Power Plant to Zheshuv. Ukrainian company "Energoatom" and the Polish "Polenergia SA" can jointly implement the project. The benefits to the Ukrainian side are obvious – substantial foreign currency inflows and receiving of orders for domestic industrial enterprises. Experts believe that the construction of the electric mains and setting of nuclear power units can be done up to 70% by domestic enterprises.

The cost of the construction of only one nuclear power reactor may vary at EUR 150 - 200 million.  According to the preliminary calculations, Poland is ready to buy from Ukraine from 300 to 400 MW of electricity, as of present. Whereas, the expected shortage of electricity will stand at 6000 - 9000 MW for industrial purposes of Poland in 4-5 years, according to estimates of Polish Transmission System Operator PSE SA. Cumulative sum of investments amounts to $ 3.7bln for launching of the two reactors including purchase of the nuclear fuel.

At the same time, government subsidies amounting to yearly UAH 200bln (USD 8bn) lacked transparency and were beyond clear approaches. (In 2015, government subsidies worth UAH 154 bln lack credibility too). During the period of independence, domestic gas extraction was at the level of 18-25 bln m3. Remarkably, the gas production in Ukraine amounted to 55 bln m3 in 1988. Over the entire USSR, there were only two specialized academic institutions, and one of them - it was Ivano-Frankivsk National Technical University of Oil and Gas in the Western Ukraine. The best Soviet specialists graduated from the Ukrainian university and founded oil and gas industry in Russia. The oil and gas extraction of the USSR started from Western Ukraine, where oil production began in 1771 in Kolomyia (Ivano-Frankivsk region). Notably, the present Minister of Energy Igor Nasalyk, who also participated in the event, was a former mayor of a little town in the same Ivano-Frankivsk region, which many people associate with the Hutsuls (Carpathian highlanders) playing trembitas (similar to alpine horn), or dyed Easter eggs, but not oil. 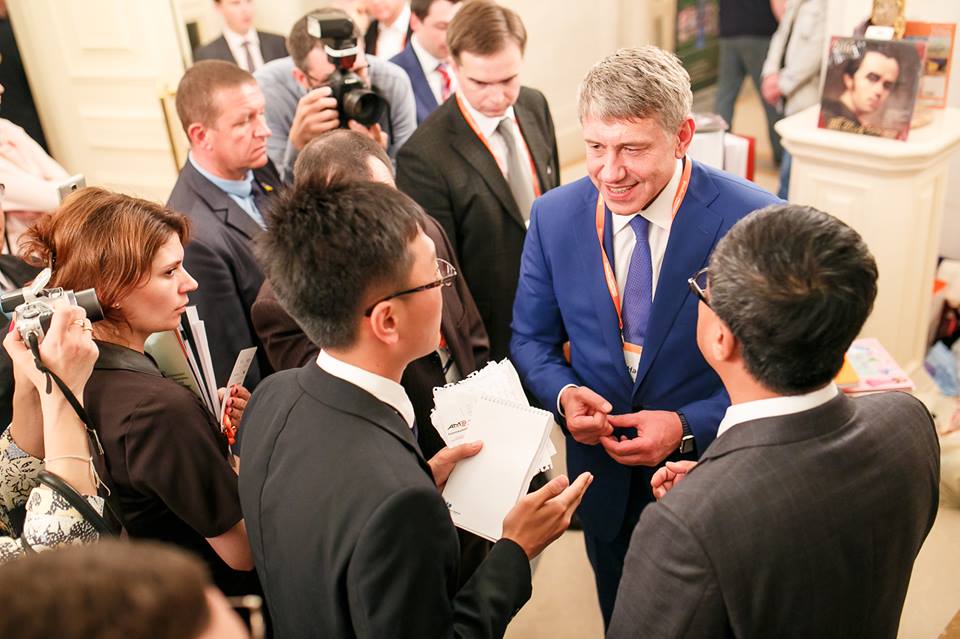 The industry players estimate the required sum of investments standing at $ 1.5 bln for the drilling and development of 500 wells by 2020. Ukraine sets a goal to attract the investments for the next 4 years. As of present, the ad valorem charge of rent is two times lower in Ukraine than the Europe’s average. But the shameful practice of corrupt approaches in licensing and practice of hiding available information from the bidders spoil attractiveness of the gas industry in Ukraine. Will it continue? Thus, the fundamental issues to be addressed are natural resources code and stability of legal doctrines covering oil and gas extraction.

One must not sell short Ukrainian underground gas storage facilities amounting to 33bn m3. The EU considers Bulgaria to become a gas hub for the CEE, mulling the construction of storage facilities with 40 bn m3 capacity. Meantime, Ukraine can competently become such a gas hub, as the participants of the panels explicitly put it.

At this, Ukraine plans to carry restructuring of the oil and gas industry and unbundle NJSC Naftogaz (companies: Uknafta, Ukrgazvydubuvannya, Chornomornaftogaz, Zakordonnaftogaz,Ukrtransgaz, Ukrspectransgaz) aiming at selling some of the assets and operational businesses of NJSC Naftogaz. But if the parliament fails at the judicial and tax reforms, even the most attractive assets may be considered worthless and bluffing in the eyes of foreign investors. 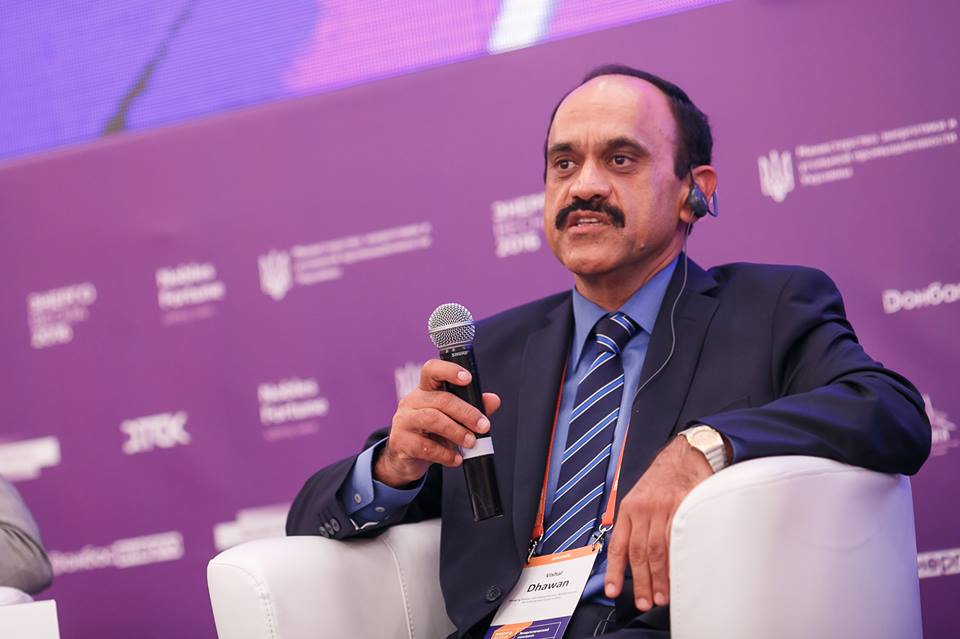 Vishal Dhavan, a managing partner of The Suhail Bahwan Group from Oman revealed that many investors decided to wait and watch with regards to Ukraine. That is, they will be monitoring the actions of the new government mainly, explained the investor from Oman.

State energy companies from China also participated in the conference. They questioned if there would be restrictions for foreign companies during the course of privatization and unbundling of the NJSC  Naftogaz. It was clear that Chinese delegation had been quite surprised by competitive advantages of construction of “Ukraine- EU Energy Bridge”.

The local officials claimed that in the light of the third package of reforms, Ukraine plans to unbundle the energy major company this summer, and decide upon a registration of a new system operator. The statutory capital of a newly established operator may include assets of NJSC Naftogaz or the assets can be transferred in the form of private public partnership. The process of restructuring of the managing company of gas pipeline system will continue until 2017, in the best case scenario. At this, the issues of secrets of state and national security will be of first priority.

With regards to energy efficiency, households reduced natural gas consumption by 18% last year saving up to 7.2bn m3 of natural gas, according to State Statistics Committee. The experts estimate public sector spending on weatherization at UAH 1.7bn (USD 68mln) during last year. SME sector spent UAH 2.2bn on change of boilers for energy efficiency purposes. The ministry of energy of Ukraine Mr. Igor Nasalyk says that heat transportation systems of Ukrainian cities are worn-out and the investments into them may save up to 30% of spending from state budgets on heating. Notably, the parliament is considering a draft law on the energy efficient houses.

At the same time, biofuels producers cannot enter the market due to lack of legislative framework support that would facilitate the development of the biofuel potential of the agrarian country (biofuels: firewood, wood chips, wood pellets, straw, husk, energy crops). With proper incentives, biofuel companies will be able to become competitive in two or three years. The largest growth is expected in the field of energy crops. Today bioenergy stirs interests mainly in farmers, while industrial enterprises enjoy subsidies for gas at the price of 2944 USD per 1000 cubic meters. Such an approach puts the industry in unequal market conditions when biofuel gives profitability of 6%, according to Georgiy Geletukha, chairman of Bioenergy Association of Ukraine. 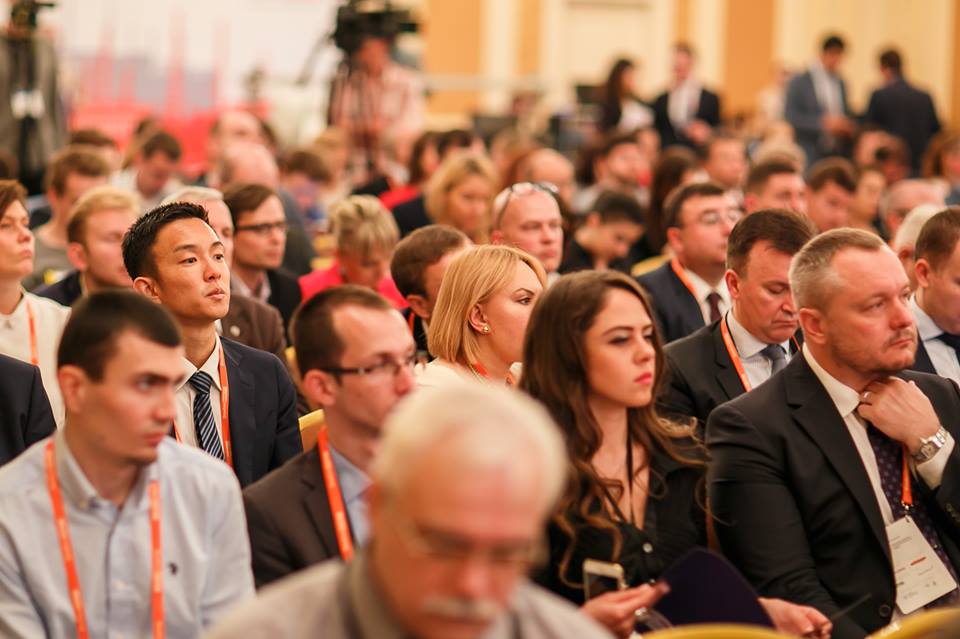 Meantime, the EBRD plans to launch ESCO program - funding of producers (suppliers) of energy efficient equipment – in some 2-3 years. During 2010-2015, the EBRD has financed nine projects: 3 - solar energy, 2 - biogas, 2 - wind power generation, 1 - biomass, and 1 - small hydro power plant. The total amount of available funds amounts to EUR 70 mln, out of which EUR 50 mln from the EBRD and EUR 20 mln the Clean Technology Fund.

Vishal Dhawan made it clear what is really important for foreign investors considering Ukraine as an investment field. He thinks that for the investment activity to start in Ukraine it is essential to reduce fundamental political risks; scale down bureaucratic procedures; establish effective insurance for the risks; use of escrow accounts in foreign banks to carry out funding of investments into Ukraine under the management of a foreign investor; settlement of financial issues with respect to pricing and the adoption of more flexible progressive tax rates; possibility to freely trade in local market. "