In October 2021, a number of well-known businessmen and investment bankers, including Konstantin Magaletsky, Sergey Maslichenko, Mikhail Merkulov, Andrey Stavnitser and Philip Grushko, launched a $ 100 million private equity fund. Each partner will be responsible for its own direction.

The term of the fund ranges from 6 to 10 years.

The partners will unite to develop a new direction of "sustainable" and "green" investment.

Roman Bondar, head of the Ukrainian office of Korn Ferry, states that the “alliance” is interesting and unique for Ukraine. He mentioned a variety of competencies: managerial, investment and entrepreneurial experience.

The businessmen intend to cooperate with international financial institutions such as the EBRD and IFC, as well as to attract money from private investors. The fund will be partially financed by the co-founders themselves, including the Stavnitser family, whose fortune is estimated at $ 113 million.

What exactly is the fund going to invest in?

80% of the collected money will be spent in Ukraine, 20% - in neighboring countries (such as Georgia or Moldova).

Stavnitser claims that there are prospects in the construction of green hospitals and schools. “We are not talking about municipal, but about private projects: I would like several private schools in the Ukrainian or international education system to appear in every “millionaire” city,” says Stavnitser. - It's the same with hospitals. The more there will be, the better for the health of people and reforms in medicine ”. The fund is aimed at mid-level regional entrepreneurs who are ready to implement and manage such projects. "We will be happy to finance these people."

What is the structure of the fund and where does the money come from?

This is not crowdfunding, but a typical fund structure with GP (general partner) and LP (limited partner). General partners are Maslichenko, Magaletsky, Merkulov, Stavnitser and Grushko. Limited partners are those who invest money and expect a certain return, which will be provided by the management company.

Partners will filter candidates for the role of potential LP, says the entrepreneur. One position has already been filled: Stavnitser's family office will be included not only as GP, but also as LP, but the amount of investment has not yet been disclosed.

The launch of the fund will take 1–1.5 years. The founders expect to be the first to see IFI’s in the role of investors - they accept country risk more easily. “Further, other participants are catching up such as family offices or foundations that give money for sustainable and green projects. 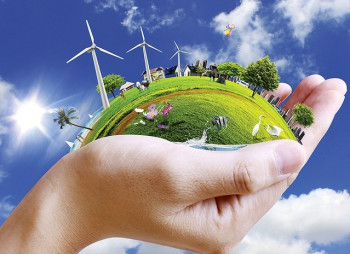