Huge news today in the world of M&A in enterprise and social networking services: Microsoft has announced that it is acquiring LinkedIn, the social network for professionals with some 433 million ...

The transaction has already been approved by both boards, but it must still get regulatory and other approvals.

If for some reason the deal does not go through, LinkedIn will have to pay Microsoft a $725 million termination fee, according to Microsoft’s SEC filing detailing the merger.

LinkedIn is keeping its branding and product, and it will become a part of Microsoft’s productivity and business processes segment. LinkedIn’s CEO Jeff Weiner will report to Satya Nadella.

How Microsoft plans to use LinkedIn

The acquisition is a big one for both sides.

For Microsoft, it’s bringing a key, missing piece into the company’s strategy to build out more services for enterprises, and give it a key way to compete better against the likes of Salesforce (which it also reportedly tried to buy).

Today, Microsoft is focused squarely on software (and some hardware by way of its very downsized phones business). But LinkedIn will give Microsoft a far bigger reach in terms of social networking services and professional content — developing the early signs of enterprise social networking that it kicked off with its acquisition of Yammer for $1.2 billion in 2012.

LinkedIn’s wider social network, pegged as it is to groups of employees and employers, will give Microsoft a sales channel to sell more of its products, and will serve as a complement to those that it already offers for collaboration and communication.

In a section called “Selling to Social Selling” in the deck below, Microsoft details how it plans to use LinkedIn’s social graph as an integrated selling tool alongside its existing CRM products (which are second to Salesforce in the market currently). Users of Microsoft’s Dynamics CRM and other systems, it notes, will want to use LinkedIn’s Sales Navigator “to transform the sales cycle with actionable insights” — essentially lots of background information about users that can help find leads, open conversations and close deals.

There are other elements of LinkedIn’s business that are interesting to consider in light of this acquisition. LinkedIn acquired Lynda.com, for example, to spearhead a move into offering online learning tools to users — expanding on their bigger hope of being the go-to place for overall professional development. Now, with Microsoft, you can see how Lynda might be employed to help sell Microsoft software products, and provide assistance in learning to use them. This is also an area that Microsoft is already highlighting as a positive in the deal:

There are also other areas where you will see lots of natural integrations, for example with Cortana and providing more professional networking tools to users.

“The LinkedIn team has grown a fantastic business centered on connecting the world’s professionals,” Nadella said in a statement. “Together we can accelerate the growth of LinkedIn, as well as Microsoft Office 365 and Dynamics as we seek to empower every person and organization on the planet.” You can read Nadella’s full memo to staff here.

(And just as a side note, this puts some of Microsoft’s recent cost-cutting through layoffs and sales into some perspective, as well.)

For LinkedIn, it puts to rest questions of how the company would ever compete with companies that are building more software on top of their social graphs that would put it into closer competition against LinkedIn. For a while, it looked like this was the direction that LinkedIn hoped to develop, but more recent problems with user and revenue growth, and a subsequent dropping share price, has put the company on the defensive.

“Just as we have changed the way the world connects to opportunity, this relationship with Microsoft, and the combination of their cloud and LinkedIn‘s network, now gives us a chance to also change the way the world works,” Weiner added in the statement. “For the last 13 years, we’ve been uniquely positioned to connect professionals to make them more productive and successful, and I’m looking forward to leading our team through the next chapter of our story.” Read Weiner’s letter on the deal to LinkedIn staff here.

But this is not at all a story about a failing company getting scooped up on the way down for parts. LinkedIn, even with a share price that is below its 12-month high point of $258 per share, is one of the better-performing tech companies in the public markets.

Microsoft has never been a massively successful company when it comes to social networking — although it smartly invested in Facebook before it went public, and as we have reported before it was apparently interested at one point in trying to make a bid to buy Slack for $8 billion. LinkedIn’s social network will give it a significant foothold in this area.

LinkedIn is active in over 200 countries and has 105 million monthly active users, with 433 million registered overall. The company has some 60 percent of all traffic on mobile, and — thanks to some strong SEO — a crazy 45 billion quarterly page views. It’s also one of the biggest repositories of job listings, with some 7 million active listings currently. While some parts of LinkedIn’s business has stagnated, specifically with MAU growth (which is up only 9 percent on last year) latter is a growing business — up 101 percent on a year ago.

LinkedIn’s core business is based today around recruitment ads and, to a lesser extent, premium subscriptions for users. The recruitment business (termed “Talent Solutions”) accounted for $2 billion of the company’s $3 billion in revenues in 2015. 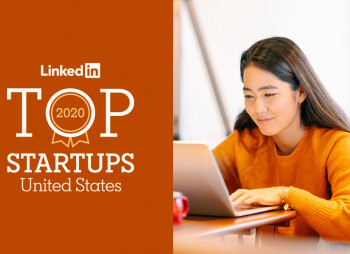 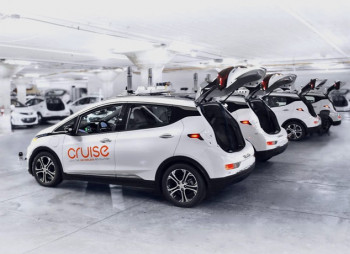