Economies across the EBRD regions are showing modest signs of an upturn after five consecutive years of slow-down, but the recovery expected for 2016 is slightly weaker than forecast six months ago.

Economies across the EBRD regions are showing modest signs of an upturn after five consecutive years of slow-down, but the recovery expected for 2016 is slightly weaker than forecast six months ago.

The EBRD’s latest Regional Economic Prospects report sees average growth across the Bank’s 36 countries of operations of 1.4 per cent in 2016, a shade below the 1.6 per cent seen last November but above the 0.5 per cent result for 2015. A further strengthening is seen to 2.5 per cent in 2017.

Acting Chief Economist Hans Peter Lankes warned that the headline forecast masked a divided picture and said the recovery remained distinctly patchy. “Even in central and south-eastern Europe, where the economic performance has been steadier than growth further east, the pace of expansion is inadequate.”

Lankes said investment levels remained lower than they should be. “The real issue is growth and it is not strong enough to achieve convergence with more advanced economies,” he said.

Risks to this latest outlook include continuing political tensions, as well the possibility of a sharp deceleration in growth in China, a prolonged weakness in commodity prices and a possible further drop in the price of oil.

The report says weak commodity prices and the recession in Russia are continuing to put pressure on the economies of Central Asia and eastern Europe and the Caucasus. A key factor is lower remittances from Russia.

However, Ukraine is expected to return to growth this year. Ukraine should see growth of 2 per cent in both 2016 and 2017 in line with the gradual implementation of structural reforms, after shrinking by close to 10 per cent in 2015.

Economies in central Europe and the Baltic States (CEB) and south-eastern Europe (SEE), on the other hand, are benefiting from lower energy costs and accommodative eurozone monetary policies.

In contrast with the European Central Bank’s more accommodative stance, the US Federal Reserve has raised interest rates since the last report.

The move was widely expected and largely priced in by the markets. Markets expect the Fed to raise the interest rate further in 2016 but only slightly, given the sell-off in global markets early in the year and the decline in valuations of banks.

Given the expected tightening of monetary policy in the US, capital inflows into emerging markets are bound to remain lower than in recent years, the report said.

Growth in Turkey, one of the countries most vulnerable to volatile capital flows, is projected to moderate to around 3.2 per cent this year, from 4.0 per cent in 2015, when it benefited from a number of one-off factors. The outlook for Turkey has been affected by tourism prospects in the wake of recent terror attacks and Russian sanctions.

Similarly, the impacts of terrorism – as well as a slow-down in global trade – have led to a significant weakening in the forecasts for the economies of the southern and eastern Mediterranean, where growth is now seen slowing to 2.9 per cent in 2016, a full 1.2 percentage points down from November. A recovery to around 4 per cent is seen for 2017.

Output in Greece is expected to fall slightly in 2016, as investor and consumer confidence remain weak.

In Russia, the recession is expected to continue in 2016, with low oil prices and a reduced availability of investment funding leading to a contraction of 1.2 per cent in 2016. Modest growth of 1 per cent is expected in 2017.

The impact of Russia as well as low commodity prices will continue to weigh on growth in Central Asia where growth forecasts have been mostly cut back. The countries with the strongest economic links to Russia are being particularly negatively affected. 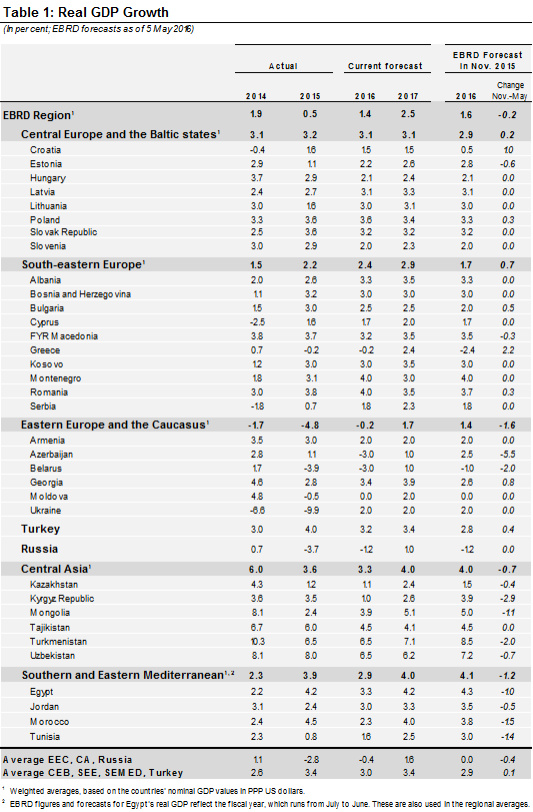 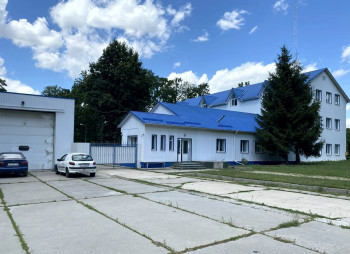 InVenture announces a tender for the sale of a modern meat processing plant in Ukraine, Kyiv region 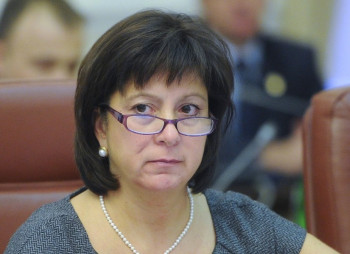