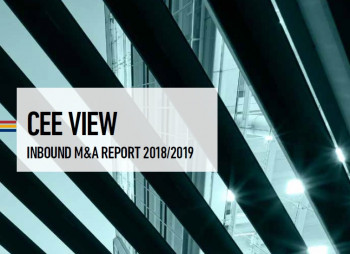 Mazars
Compared to other emerging regions of the world, the CEE proves to be generally a stable region for international investments, as stated in the CEE View: Inbound M&A report 2018/2019

Compared to other emerging regions of the world, the CEE proves to be generally a stable region for international investments, as stated in the CEE View: Inbound M&A report 2018/2019, developed by international audit and consulting company Mazars in collaboration with Mergermarket – the global M&A network.

The total value of the M&A market registered in 2018 amounted €46.9 billion, with a total number of 701 deals (figures based on transactions above €5 million). The robust performance and attractiveness of M&A in the region is evident, notably when speaking about countries like Austria, Poland, the Czech Republic, Romania, Hungary, Slovakia or the Adriatic region. 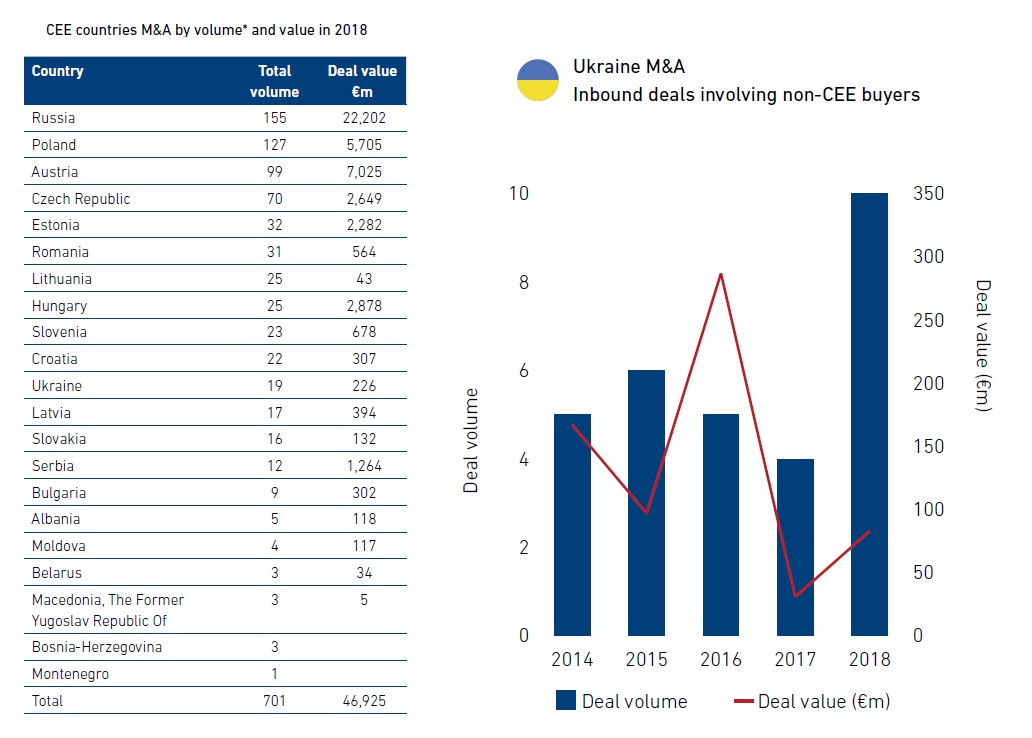 The stability of the CEE M&A market is even more pronounced when compared to other emerging markets such as Africa, Latin America and South-East Asia, which have all seen year-on-year deal value fall by more than 20% (while overall CEE deal value is relatively steady, being down by just 1%).

“In addition, and as opposed to most mature Western European markets, the region continues to offer interesting opportunities for off-market deals as well as reasonable pricing in economies that are developing at an average of more than 3% GDP yearly growth. This provides compelling risk/reward dynamics for any M&A investor,” – mentioned at Mazars.

Across the CEE, the private equity (PE) industry is maturing, buyouts have increased in value as sponsors eye high-quality assets in the region. PE funds deal value was up 83% in 2018 to €7.5 billion (81 deals registered above €5 million).

The region has a diversified economy and has generated deals across a range of industries: industrials, technology, professional services, retail & consumer goods, food & beverage and energy & utilities. The financial services sector is generally robust, with consolidation in the banking sector underway.
The CEE has also been an open testing ground for new fintech solutions, as consumer uptake of banking technology in the region is high. The region’s tech scene is on the cusp of a huge growth phase as investment in technology skills and digital infrastructure starts to pay off.

In 2018, money has poured into most parts of the CEE, with inbound deal value from outside the region more than doubling compared to the previous year, to just under €27 billion. Inbound investments represented 58% of the overall CEE M&A market value.

“In addition to faster economic growth than the so-called ‘Old Europe’ which allowed for an economic catch-up, CEE also has lower wage costs and a skilled, multilingual workforce,” – Mazars’ experts comment.

Large multinationals, SMEs, as well as PE firms investing in CEE can generally expect good returns on investments with satisfactory margins. Traditionally considered as a subcontracting geographical area, CEE now has a growing middle class, which allows international groups to maximize their profits within the region. 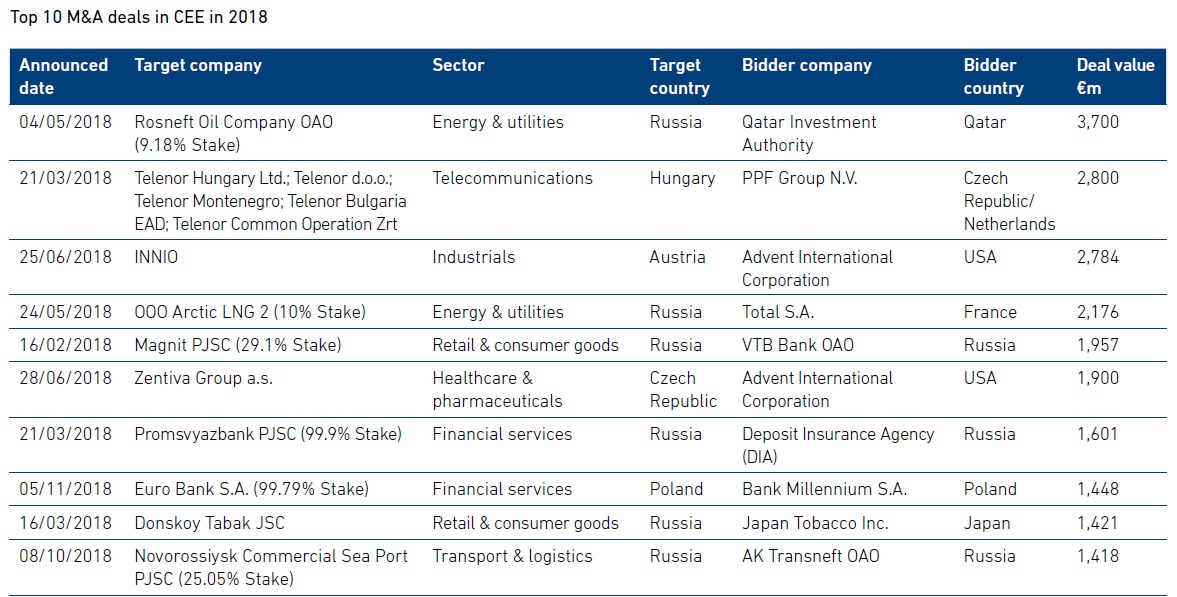 The CEE region is obviously not without a few challenges: the consequences of the Brexit uncertainty, the US trade wars with the EU and China, the impact of sanctions on Russia or the tensions between the European Union and some CEE governments. However, despite these threats, the region has proven to be a credible and growing market for international and domestic players.
The region has performed strongly in 2018 and is well-placed to continue doing the same in 2019.

The full report is available online.

Mazars is an international, integrated and independent firm, specialising in audit, accountancy, advisory, tax and legal services. Operating in 89 countries and territories, as of 1 January 2019 the firm draws on the expertise of 23,000 professionals to assist major international groups, privately owned businesses, private investors and public bodies at every stage in their development.

In Ukraine, the team consists of more than 85 employees in 2 offices of the company, in Kyiv and in Lviv.
Mazars is ranked among the top 5 leading transaction advisory services providers based on Mergermarket CEE Accountants League Table 2018. 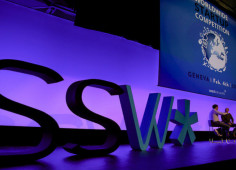