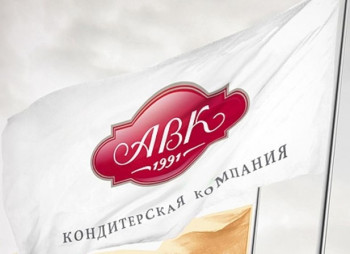 Confectionary AVK finished transaction upon a repurchase agreement for 25% stake worth USD 45mln of its share capital from the WNISEF Investment Fund, told the founder and owner of the company Vladimir Avramenko in his interview to Novoye Vremya. For 10 years of cooperation with the investment fund, the confectionary has achieved good results, according to Vladimir Avramenko.

Having lost 70% of its production capacity due to the military conflict in the East of Ukraine, the confectionery factory focused on keeping up with the market and maintaining the trademark.

As of present, the company is able to finance its activities at the expense of its own funds. Outstandingly, AVK increased revenues by 25% y/y in 2016.

The company plans to negotiate restructuring of debts with lenders, and start paying on debts in the nearest future.

The AVK group of companies was established in 1991. As of present, the production facilities are located in the city of Dnipro. Earlier, AVK run its factories in Donetsk and Lugansk, but the company lost control over them due to the war in the Donbass. Last year, the company invested UAH 150mln in setting up new production lines in the city of Dnipro in order to produce some wider range of products too.

The confectionery has started actively to develop exports recently. AVK sweets go to the EU countries like Poland, Romania and the Netherlands, as well as the Great Britain.