The startup has been valued at $1 million post money.

A co-owner of EasyPay Group, Svirid is bringing “smart money” to the table as his family is running a farm of 7,000 ha. It is on these lands that Agry Eye ran a proof of concept, notes GoalEurope.

The capital injection will be spent to scale the team, improve the technology and test technological hypotheses underpinning the product.

Positioned as a freemium software-as-a-service project, Agry Eye aims to conquer 20% of the Ukrainian market of land farming solutions in just three years. It is also seeking to expand to South America, the USA, Europe and Australia in order to target medium-sized farms.

“Ukraine as a country has the biggest competetive capacity in the two following sectors: agriculture and IT. Thus, Agry Eye embarces both of them. In addition, the idea and goal behind the project is innovative both for local and global market,” Svirid said.

A new approach to soil and vegetation remote sensing

As reported by GoalEurope, Agry Eye’s drone scans fields using a multispectral camera – which enables the farmer to determine where it is necessary to take samples for chemical analysis. When the analysis is performed, the online service creates a precision map of the field, describing its chemical state (nitrates, phosphorus, and potassium) and its vegetation state. Then, when the data is processed, an intelligent decision support software shows a map where and in which amounts fertilizers and herbicides should be applied, which helps to optimize and reduce the use of chemicals.

“By combining technologies of chemical analysis, remote sensing and mapping we created an affordable solution (less than $2 per hectare) able to save up to 30% of land farming costs”, said Andrey Sevryukov, the CEO of Agry Eye in a comment to GoalEurope.

“The idea was born in a discussion about the Belgian agrotech, where land farming is 4 times more efficient than in Ukraine thanks to Precision technologies, so I wanted to develop a solution for precision land farming based on remote sensing”, continued Sevryukov.

A research by the World Bank shows that Ukraine loses about 50,000 hectares of farming lands annually due to erosion and depletion of soils, which results in $10 billion of losses. Sevryukov believes that their AgriMap, an open data solution, can prevent 50% of soil loss by timely informing about critical stages and trends. 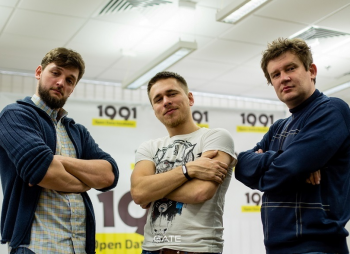 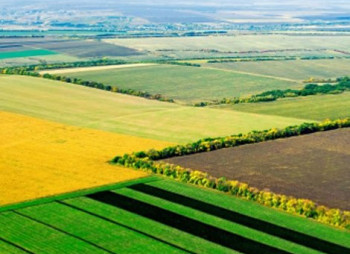