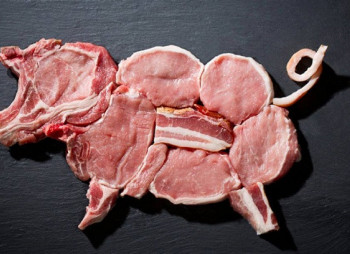 Babenko Nikolay
How will the critical situation with ASF in the world affect the Ukrainian market and how to contain the rise in prices for the national product?

About a quarter of the world's pig population could die as a result of the African Swine Fever epidemic (ASF). This forecast of the World Organization for Animal Health (OIE, International Epizootic Bureau), an intergovernmental organization responsible for coordinating the fight against animal diseases, was published at the end of 2019.

In turn, the Chinese are trying to invent an alternative to fight ASF, in particular, they are raising mutant pigs to save the country from the "pork apocalypse". An urgent issue for scientists working in this field is how to make a pig more healthy.

How will these global changes affect the Ukrainian market and what changes should be expected this year?

EU pork prices hit a historic high. The EU is still the world's No.1 pork supplier, exporting about 4 million tons annually. But the global pork deficit of 10 million tons cannot be closed in the next 3-5 years, and further increase in pork prices is inevitable. In addition, the situation with ASF in the eastern part of the European Union remains difficult.

The appearance of the disease in the central part of the EU, in particular in Germany and Denmark, will provoke a rapid and uncontrolled rise in pork prices. Already in 2019, pork prices in the EU rose from 1.35 euros/kg in January to 1.97 euros/kg in December.

Price increases have nothing to do with cost. It remains unchanged - at 0.9 euros/kg, while prices for live pigs have increased from 1.1 to 1.5 euros/kg and will continue to grow. The time has come when the EU pig farmers will start to earn a lot, especially by European standards.

Despite the fact that China imports a lot of pork, with an average per capita consumption of this type of meat 40 kg per annum, in the EU pork consumption is even higher - 45 kg per inhabitant annually. The Spaniards lead in the consumption of pork - 55 kg per capita annually, followed by Poles - 54 kg and Germans - 52 kg (data from AHDB, Agriculture and Horticulture Development Board).

Since 2017, prices for live pigs in Ukraine have been holding at 1.4 euros/kg, but such a price does not bring super profits to pig farmers.

The first reason is the annual cost overrun of $ 8 billion for feed and veterinary products, which is why the cost of live pigs in Ukraine is at the same level - 1.4 euros/kg.

The second reason is the vulnerability of pig farms in the case of ASF. For eight years the situation has been reduced to absurdity, pig farmers literally destroy each other. For 7 years there has not been provided funds in the budget to compensate pig farms for the death of pigs in the case of ASF. The appearance of the virus in the pig complex is tantamount to bankruptcy.

Forecasts for Ukraine in 2020 are disappointing. Pork tight supply and price increases are expected.

If there are no changes in the cost and compensation to pig farms in case of ASF, you need to prepare for the fact that pork prices reach UAH 200–250/kg, and live pigs will set a new record in 2020 at UAH 60–70/kg.

How to keep pork prices in Ukraine at the level of 2019?

First of all, the state should fulfill its function - to protect pig farms and provide UAH 500 million for compensation in the case of ASF for the first time since 2012. It is this amount that Ukrainian pig farms lose annually due to ASF and, in order not to go bankrupt, are forced to violate the law and sell off infected pigs.

In turn, the EU does not have the potential to increase pork production significantly. But Ukraine can become a treasure trove in this field. We have every opportunity to increase pork production by several times almost annually. In addition, Ukraine has the opportunity to get the cost of pork on a par with Brazil, the USA and Canada - 0.8 euros/kg (dry feeding), and up to 0.5 euros/kg (liquid feeding).

Even if the price of pigs remains at the level of 2019, then with 1 million tons of pork grown in Ukraine, the added value may amount to UAH 32 billion, and taking into account the trend of rising prices for pork - much more. In addition, by increasing production volumes, tens of thousands of new jobs will be created in the villages.

The development of pig farming will restart the meat processing industry, which uses now only half of its capacity. In addition, Ukraine will receive added value and stimulate exports.

There is a choice. And the results of 2020 will depend on the decisions that the government will take now, at the beginning of the year.

Investment opportunities in the field of pork processing in Ukraine

The company has a full production cycle: from slaughtering cattle, carving, meat and various meat products manufacture, to sales through its own retail chain.

The meat processing plant’s production capacity and access to the region’s raw material base allows us to consider the asset as an attractive investment offer from the point of view of developing an export-oriented enterprise to meet the increased demand for pork in China, as well as exporting meat and meat products of cattle and chicken. 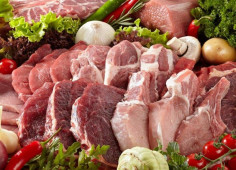 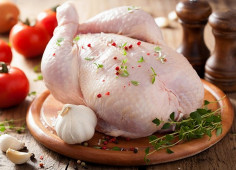