While meat consumption remains relatively stable in developed countries, in developing countries per head meat consumption has doubled since 1980. Population and income growth along with changes in preferences for food types lead to an increase in demand for livestock products.

According to the forecasts by 2050 the meat production on a global scale should double due to mainly developing countries.

As for the current trends, according to the FAO forecast, the global meat production for the first time in more than two decades will decrease by the end of 2019. The production of cattle, sheep, poultry and pork is expected to be 335 million tons in carcass weight equivalent, which is 1% lower than in 2018.

The slump is due to the expected reduction in pork production in China, which usually accounts for almost a half of global production, by at least 20%. In turn, this was the result of an outbreak of the African swine fever.

At the same time, the production of poultry in China, by contrast, has increased in leaps and bounds and is expected to grow by 17% year-on-year. Pork accounts for more than a third of world meat production, 39% for poultry and 21% for beef.

An outbreak of the African swine fever in Asia will continue to influence the global pork market and trade flows.

For both scenarios, the demand for import in China will reach record levels, which will lead to the export growth from key exporters, including the EU. It will also lead to the production growth outside of China in the next two-three years. However, in the EU, the production growth will be limited by environmental requirements in the most EU member countries (for example, Germany and the Netherlands) and the ASF risk in Central and Eastern Europe.

By the end of 2020, the Chinese pork production is expected to decline by more than 35% compared to 2018. As a result, a supply failure will more than double the import demand, compared to 2018, which represents more than 80% of pork production in the EU. In this regard, this failure can only be partially covered by import, which will increase significantly, since high prices in China will force manufacturers in exporting countries to export products that were usually consumed locally. The pork production in China will begin to recover only from 2021, if the disease is suppressed and can stabilize by 2025, provided that the restructuring of the pig breeding industry is successful and quick.

It should be noted that the total export of the European pork for 9 months of 2019 increased by more than 16%, and the export to China grew by 50%.

Meat Production and International Trade for the Main Countries 2018-2019

In the long term, favorable conditions will develop in the global meat market. By 2028, with the growth of people from 7.4 billion to 8.1 billion, meat consumption will increase from 34.7 kg to 35.1 kg per head.

The dominant types of meat in the consumer market will remain the most affordable and easy-to-cook poultry and pork.

The most notable increase in meat production is expected in China. By 2028, the added volume of meat products in the PRC will constitute about 9 million tons year on year. For comparison: in the USA this indicator will approach to 6 million tons, and in Brazil – to 4 million tons.

In the near future, the Chinese market will open for pork producers. These expectations are based on the growing difference in prices for pork in the PRC and in foreign markets.

The larger the price gap, the more likely the growth of import and potential investments of the PRC in the meat industry of other countries. 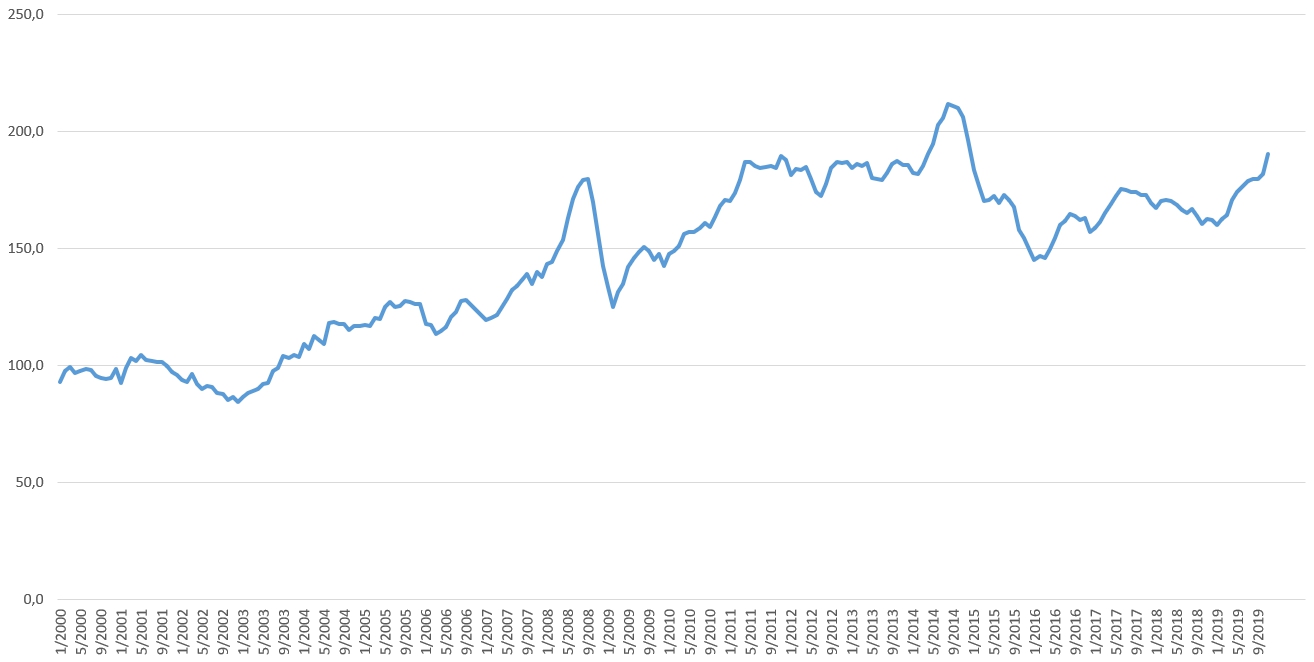 The export growth was mainly influenced by the poultry segment. It was delivered to foreign markets 410 thousand tons, which is a quarter more year on year. Beef and pork export volumes remained insignificant, approximately at the level of 2018. 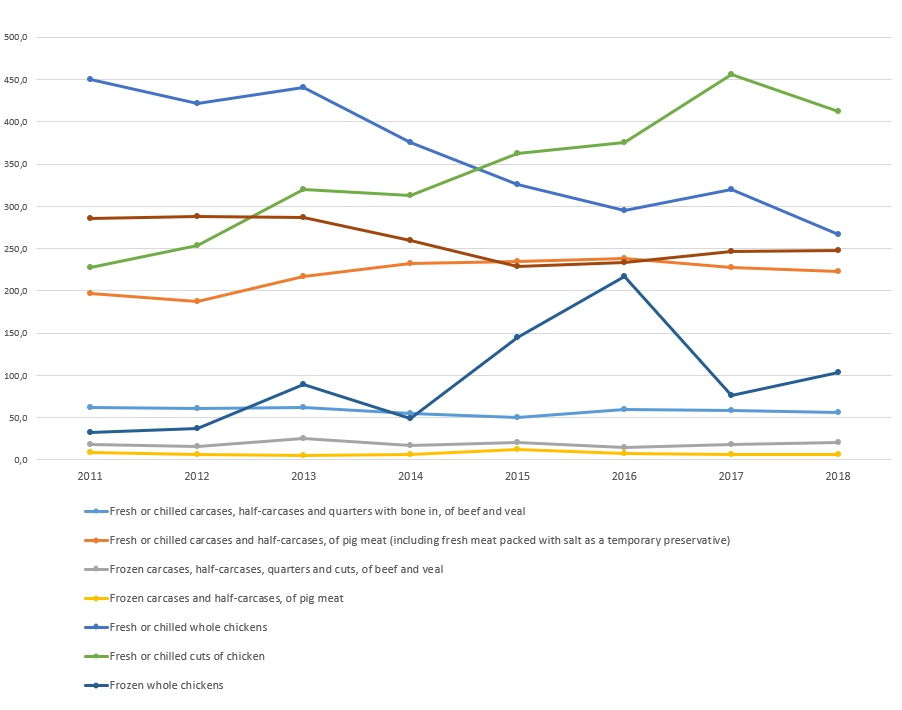 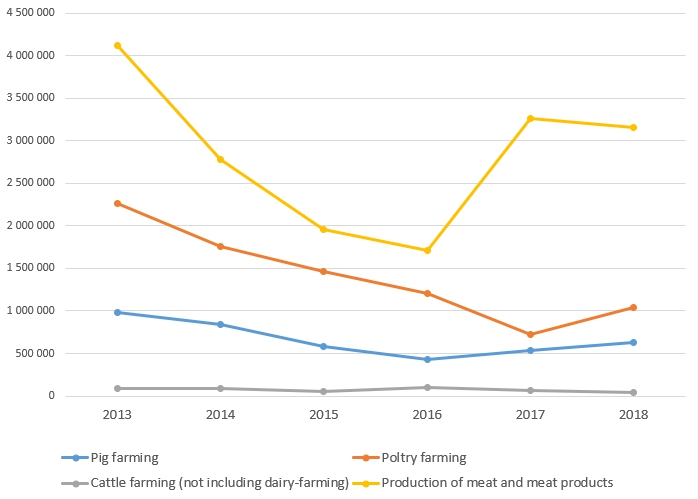 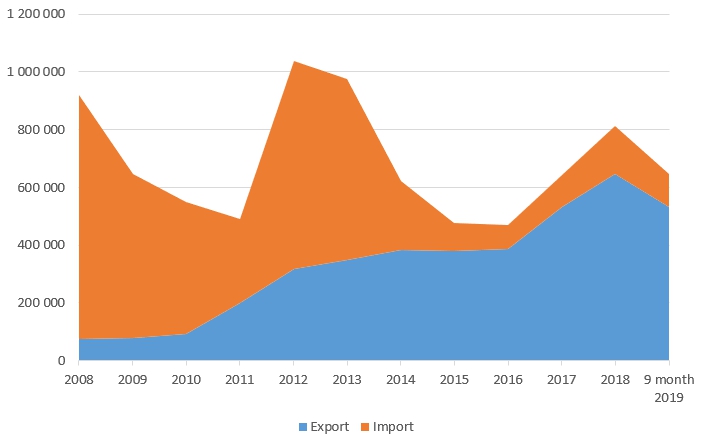 The enterprise has a full technological cycle of production: from butchering, carcasses cutting, production of meat and various meat products to sales through its own retail network.

The facilities of the meat processing plant and the access to the region’s raw material base allows considering the asset as an attractive investment offer from the point of view of developing an export-oriented enterprise to meet the increased demand for pork in China, as well as exporting meat and meat products of cattle and poultry. 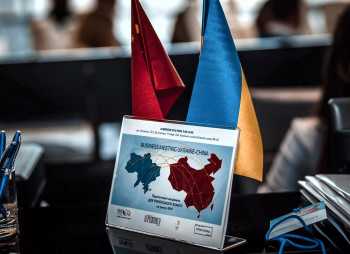 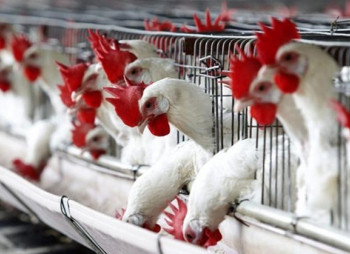 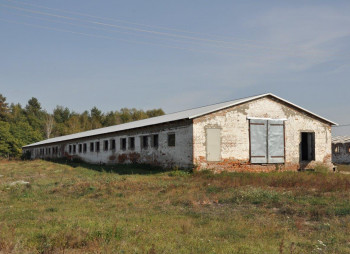 Pig farm in the Chernigov region