During the last years we’ve seen steady growth of the Ukrainian investment market. Although the COVID-19 outbreak has made some adjustments to investor plans and startup development, understanding 2019 trends will be helpful for investment market players in order to manage expectations, sustain (and develop) their businesses in a new reality.

“For the first time, we analyzed gender diversity among startup founders that raised funding. We found out that 26% of companies have at least one woman among founders. Thus, according to Crunchbase, the global average is 19%. I hope that the tendency of gender equality in Ukraine will strengthen further and that women will also prove to be effective crisis managers”

2019 was marked by 29 exits of Ukrainian investors, with the average transaction check growing by 78% to $5.7M. Software companies have been leading in the number of deals and their volume, moving the “online service” sector to second place. The volume of TOP-10 transactions has almost doubled to $456M.

By geography, 90% of the attracted investments were inflow from the USA.

Ukraine is strengthening its positions at the global tech arena every year by increasing the volume of investments attracted around the world and becoming home for unicorns and R&D hub for foreign companies.

“Released annually, our report shows an increase in investments in Ukraine. Despite the 2019 elections, investments are steadily growing in a number of industries, in particular, in software, hardware, and online services sector. Although 2020 brings about dramatic changes, the report shows a considerable potential for investments into Ukraine. As soon as the global economic situation stabilizes, Ukraine will witness the further growth in investments. In a meantime, we all have to work diligently to resolve domestic issues in order to increase Ukraine’s credibility and investment attractiveness.” 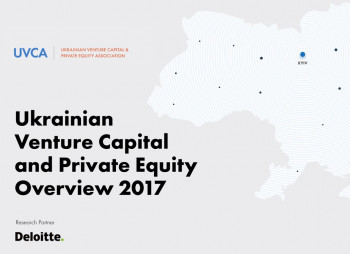