Just seven months after a previous $30 million Series B, People.ai, a San Francisco-based startup with Ukrainian roots, announced earlier this week it raised twice as much from prestigious Silicon ...

ICONIQ Capital – which is often regarded as a Silicon Valley billionaires’ club – is the only new investor: all the others had taken part in the recent round.

The details of the deal have not been disclosed, but AIN.UA, which has interviewed People.ai’s founder Oleg Rogynskyy, refers to an “unofficial valuation” of $500 million.

“The deal was closed in two weeks. Everything was so fast because so many people wanted to invest. And two weeks is because we stalled for time. Otherwise, it was possible to close it on the very first day,” Rogynskyy boasted in the interview.

Commenting on why the new round took place so soon after the previous one, he said: “If a company grows very quickly, investors realize that they will not be able to enter later. They came to us with their offers – we didn’t go to them, nor did we ask them.”

ICONIQ Partner Will Griffith will join the People.ai board of directors. “We see an incredible opportunity to accelerate People.ai’s game-changing technology as they redefine the meaning of the Predictive Enterprise. People.ai is the Future of Work,” he stated.

“The true meaning of predictive entreprise”

People.ai exemplify “the true meaning of predictive entreprise,” said Rogysnkyy in a previous interview. Its technology analyzes company data in order to reveal “what sales activities will be successful to get your deals done and when to focus on which customer accounts.”

The platform captures sales, marketing, and customer success activity data across email, calendar, phone, and other systems to automate “over 90% of CRM data entry, and identify the right buying group for every deal.”

People.ai is launching a new product, ‘The Wire,’ which it describes as “a real-time feed of best next actions to provide customer-facing teams with AI-driven intelligence, task prioritization, and one-click execution.”

In 2016, People.ai secured a pre-seed round of funding from Garage Technology Ventures — one of the most established venture funds in Silicon Valley — as well as from a bevy of US and Ukrainian business angels. The amount of this pre-seed round was not disclosed.

In May 2017, the startup raised $7 million in a Series A funding round led by Lightspeed Venture Partners with participation from Index Ventures and Shasta Ventures as well as existing investors Y Combinator and SV Angel.

Currently, People.ai employs a bit more than 140 employees, reports AIN. Thirty of them work in Kyiv (Kiev), the rest are based in California. 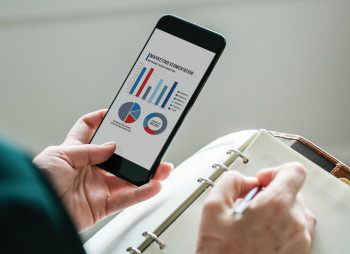