During 2019, Ukrainian companies continued to increase the volume of attracted investments. The past year has been remarkable due to the largest financial round in the history of the Ukrainian IT sector, the emergence of a new “unicorn” and several debuts.

For the second year in a row, Gitlab, owned by Dmytro Zaporozhets from Kharkiv, tops the list for the largest amount of attracted investments for the year. In 2019, $ 268 million was invested in his company with an estimate of $ 2.7 billion - this is a record round in the history of Ukrainian IT. Over its history, Gitlab raised a total of $ 426 million.

The company is working on a platform for collaboration and DevOps, now it has about 100,000 active corporate clients. The plans for 2020 include the exchange access.

The year was extremely successful for Ukrainian Grammarly. The company raised $ 90 million and received a valuation of more than $ 1 billion, thus becoming a "unicorn" company. Experts note that the deal demonstrates that Ukrainians can already establish projects with a significant role in the global venture ecosystem, as well as initially build such companies without external funding virtually.

People.ai, owned by Oleg Roginsky, is another notable Ukrainian startup, which also received investments this year. It raised $ 60 million with an estimate of $ 500 million. According to Roginsky, it took only two weeks to close the deal due to the large number of offers from investors. People.ai is developing a platform for the sales department based on artificial intelligence; about 50 large companies are among clients of this startup.

Ukrainian-American Very Good Security (VGS) company raised $ 35 million this year. The company is working on a SaaS solution that allows corporate clients not to store sensitive data on their servers, but to transfer control over them to VGS. Now the company has more than 80 employees, more than 50 of them are in Ukraine.

Ajax Systems, the Ukrainian manufacturer of professional security systems, created by Alexander Konotopsky, attracted its second round this year - this time by $ 10 million. The Horizon Capital investor received a minority stake as a result of the transaction. Now, Ajax Systems sells its products in more than 75 countries and has already sold about a million devices. The company employs more than 800 people, 20% of which are in R&D.

MyCredit is an Ukrainian fintech startup, which raised $ 3 million from the TAS financial group. Startup is creating a fast online lending service with a client base of more than 500,000 customers. MyCredit plans to attract new customers, increase its loan portfolio and continue to improve the product.

Finnish-Ukrainian service PromoRepublic, which helps small, medium-sized businesses and marketers to create content for social networks, attracted a seed-round of 2 million euros. The company plans to scale in the North American market.

A startup from San Francisco, co-founded by Ukrainian Yulia Palatovska, raised $ 2 million. Dorian is working on an application for interactive stories, where viewers can influence the development of the plot.

Allright.io is an online school for learning English for children from 4 to 12 years old. The company was founded in 2017 by Ukrainian Oleg Oksyuk. This year, Allright.io raised $ 1.5 million. At the close of the round (March 2019), 50 people worked in the startup, 42 of them were Ukrainians.

RetargetApp is developing a solution that automates advertising campaigns. The client only needs to clarify the purpose of the campaign and its budget: RetargetApp will analyze statistics, find the best options, create campaigns and then optimize them based on the results. In 2019, the company raised $ 1.5 million.

This year, AxDraft, a Ukrainian startup that develops products for entrepreneurs and companies in the field of law, attracted three rounds of investment at a time. First, the team attracted a “pre-acceleration” round from Overkill (the amount was not disclosed), then - $ 150,000 from the Y Combinator accelerator. Finally, in April 2019, AxDraft received $ 1.1 million with a valuation of $ 10 million from several foundations and angel investors.

Ukrainian startup SolarGaps received an irrevocable grant from the European Commission of 1 million euros as part of the Horizon 2020 SME Instrument program. SolarGaps produces “smart” blinds that generate solar energy. The startup plans to spend the raised funds on modification of b2b-product. In addition, at the time of attracting funding, SolarGaps began to expand the sales of its b2c-product in the EU.

Liki24.com is the Ukrainian platform for the search and delivery of medicines, which raised $ 1 million. As it was said, the team will spend the raised funds on the development of the technological platform, augmenting the team, marketing and expanding the geography of the service. Now the service cooperates with more than 3,500 pharmacies throughout Ukraine, and its clients database include more than 30,000 users.

One of the few non-IT companies on the list is Love & Live Fashion Group. This is a Ukrainian group of fashion brands, which includes brands of clothes, shoes and accessories such as Love & Live, Katarina Ivanenko, as well as Shopping Mall - the marketplace of Ukrainian brands. This year, Love & Live Fashion Group attracted two rounds of investments totaling $ 600,000. They plan to direct the money to scale the Ukrainian market, test the concept of an offline store and prepare for entering other countries' markets.

Founders of the Mate Academy are Max Lysak, Anna Apostol and Roman Apostol

Mate academy is the Ukrainian platform for studying programming and finding a first job at IT, it raised $ 580,000. The team noted that it would direct money to launch new training programs, as well as expand student enrollment throughout Ukraine. At the time of attracting investment, Mate academy turnt out and helped more than 200 students to find jobs.

Localhalo startup raised about $ 500,000 from business angel investors. The team is working on a free social network for neighbors, it already has about 5,000 users in two districts of London. One of the founders of the project is Ukrainian Andrey Maryin. The funds raised at Localhalo will be spent on marketing and development.

Animal ID is a Ukrainian startup developing an international platform for pet owners. The project started in 2011 as a public initiative, and in 2015 it developed into a full-fledged startup. Now, with the help of Animal ID, you can create a pet profile and download the necessary documents, as well as buy a token with a digital QR passport that will help with the search of pet when it is lost. This year, the startup raised $ 500,000, which it will direct to enter the US market and develop applications.

Viseven provides IT services for corporations in the pharmaceutical and healthcare sectors, in particular, the company specializes in eDetailing, that is a digital marketing niche in the pharma industry. This year, Viseven attracted investment from AVentures Capital. The amount of the transaction was not disclosed, but as a rule, AVentures investments in IT companies range from $ 500,000 to $ 1.5 million. 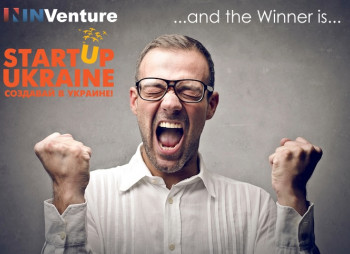 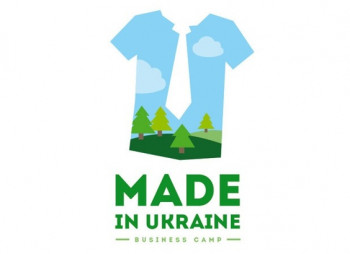 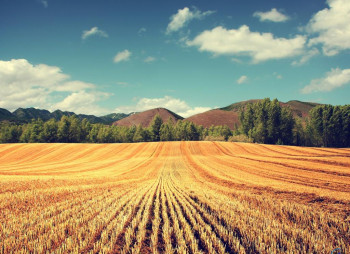